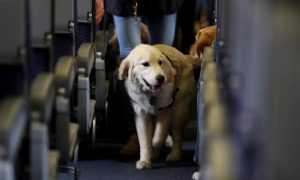 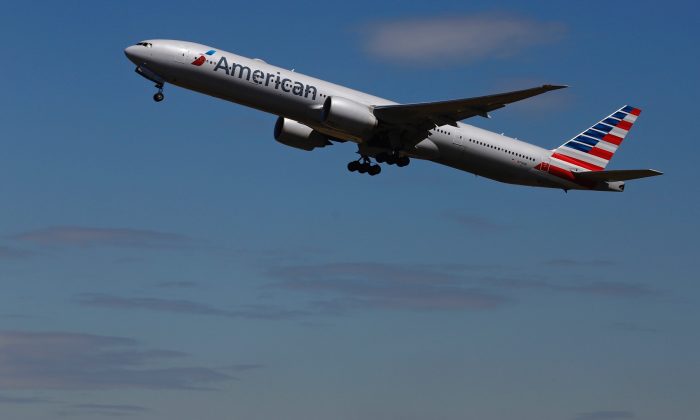 An American Airlines airplane takes off from an airport in a file photograph. (Luke MacGregor/Reuters)
Crime and Incidents

An American Airlines mechanic was arrested and charged with trying to disrupt an airplane before it took off.

Abdul-Majeed Marouf Ahmed Alani was arrested this week and appeared in court on Sept. 6.

An American Airlines flight was slated to take off on July 17 but when flight crew increased power to the engines, an error related to the system that reports speed, pitch, and other flight data showed up. The takeoff was aborted and an examination uncovered a loosely connected tube connected to the system as well as a dark Styrofoam-type material obstructing the system.

Flight 2834 was heading to Nassau, Bahamas from Miami International Airport. The plane was carrying 150 people, including crew members.

Surveillance footage from the airport showed a man walking with a limp to the aircraft after pulling up in a white pickup truck. He accessed the compartment for about seven minutes before leaving the area in the truck. The work he performed was not authorized or requested, authorities said in the criminal complaint.

Another worker seen in other footage said that the man inside was Alani. When Alani was interviewed, he admitted to being the person in the truck and accessing the system that had been sabotaged.

“He further admitted that he inserted a piece of foam into the [system’s] inlet where the line connects and that he applied super glue to the foam so as to prevent the foam from coming off,” according to the complaint. “Alani stated that his intention was not to cause harm to the aircraft or its passengers.

After inserting the foam, the mechanic went up to the flight deck to see if the aircraft’s systems had detected the tampered system. He said his motive was financial.

“Alani explained to law enforcement that he was upset at the stalled contract dispute between the union workers and America[n] Airlines and that this dispute had affected him financially,” the complaint stated.

“Alani claimed that he tampered with the Target Aircraft in order to cause a delay or have the flight cancelled in anticipation of obtaining overtime work.”

Abdul-Majeed Marouf Ahmed A… by Bryan Logan on Scribd

Authorities said that based on Alani’s statement and information from more than one witness, Alani “willfully damaged, destroyed, and disabled an aircraft.”

In a statement released Sept. 6, the airline union released a statement condemning the actions of the mechanic without mentioning him by name.

“The TWU/IAM Association condemns, in the strongest possible terms, any conduct by any individual that jeopardizes the safe operation of an aircraft. Safety is the number one priority for our IAM and TWU members involved in the maintenance and operation of aircraft,” Sito Pantoja, director, and Alex Garcia, vice director, said in the statement.

“These members are the most highly trained safety professionals in the airline industry. As a result, the US air transportation system is the safest in the world. Any conduct that jeopardizes that safety is not tolerated or condoned by the leadership or members of our organizations.”

The TWU/IAM Association condemns, in the strongest possible terms, any conduct by any individual that jeopardizes the safe operation of an aircraft. https://t.co/gCknZ0kfCL

Two days before the incident, the union said it was resuming negotiations with American Airlines over a new contract.

In a statement, American Airlines said that the flight in question “returned to the gate due to a maintenance issue. Passengers boarded a new aircraft which then re-departed for Nassau.”

“At American, we have an unwavering commitment to the safety and security of our customers and team members and we are taking this matter very seriously,” the statement continued.

“At the time of the incident, the aircraft was taken out of service, maintenance was performed and after inspection to ensure it was safe the aircraft was returned to service. American immediately notified federal law enforcement who took over the investigation with our full cooperation.”