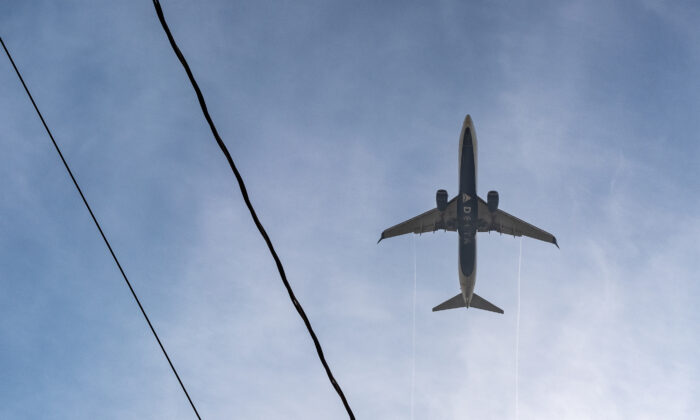 An investigation is underway Oct. 28 after a passenger allegedly assaulted a flight attendant on an American Airlines flight bound for John Wayne Airport in Santa Ana, California.

American Airlines flight 967 landed safely in Denver after departing from New York’s John F. Kennedy Airport due to a “passenger who physically assaulted a flight attendant,” according to American Airlines.

The passenger was taken into custody when the plane landed Wednesday at 6:37 MT.

The incident occurred about halfway through the flight when it was over Ohio, passenger Mackenzie Rose told CBSLA.

The flight attendant had blood on her after the assault, according to Rose.

Several witnesses said the assault occurred over a dispute about wearing a mask, according to CBSLA.

“The individual involved in this incident will never be allowed to travel with American Airlines in the future, but we will not be satisfied until he has been prosecuted to the full extent of the law. This behavior must stop, and aggressive enforcement and prosecution of the law is the best deterrent.

“Our thoughts are with our injured flight attendant and ensuring that she and her fellow crew members have the support they need at this time.”

It is unclear the extent of the flight attendant’s injuries.

The Federal Aviation Administration announced it will investigate the incident.