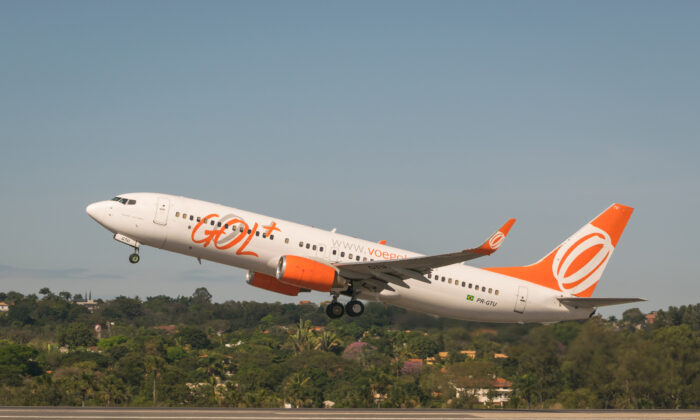 A Gol plane in a file photo. (Dreamstime/TNS)
Business & Economy

American Airlines plans to buy a minority stake in a second South American airline, Brazil’s Gol, as it aims to strengthen its ties to its strongest international region.

American plans to spend $200 million on the 5.2 percent interest in São Paulo-based Gol, an ultra-low-cost carrier that flies throughout South American but is strongest in Brazil, American announced Wednesday morning.

American and Gol have been engaged in a codesharing deal since February 2020, allowing the two sides to sell tickets on each other’s routes and letting customers seamlessly transfer flights between the two entities.

The partnership comes less than two months after American Airlines announced it planned to buy a minority stake in another South American ultra-low-cost carrier, JetSmart out of Chile. JetSmart has the same private equity majority owner, Indigo Partners, as U.S. competitor Frontier Airlines.

This new deal allows American and Gol customers to earn points on the two airlines’ frequent flyer programs, American’s AAdvantage and Gol’s Smiles program. American and Gol have also agreed to be exclusive codeshare partners with one another in their respective countries.

“Our long-haul network marries seamlessly with GOL’s strong domestic network in Brazil,” said American Airlines President Robert Isom in a statement. “Together, we will be able to offer customers flying to, through, and from Brazil, access to the largest network with the lowest fares and the Americas’ biggest and best joint travel loyalty program.”

Gol flies a fleet of 122 Boeing 737 jets to more than 60 destinations, mostly in Central and South America. But most of its destinations are in Brazil. It also flies to Miami and Orlando, Florida, in the United States.

American already flies to 17 destinations in South American. This new deal, combined with the JetSmart partnership, should help American connect to dozens more smaller destinations in the region.