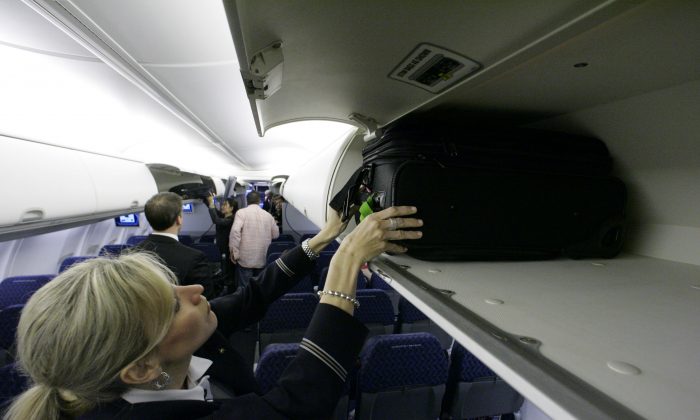 American Airlines flight attendants are seeking a full recall of new uniforms, claiming the clothes have given them headaches, rashes, eye irritation, burning skin, as well as respiratory issues.

According to a CNN Money report on Friday, Dec. 2, more than 1,600 health complaints have been lodged by flight attendants.

The airline said that it has hired an independent lab to test the outfits for fit, wear, and allergic reactions. It also offered uniforms made of alternate materials.

But the union, the Association of Professional Flight Attendants (APFA), said that the airline’s offer falls far short, saying it feels “a remedy that excludes a full recall of the uniform fails to adequately protect our members,” according to a statement sent to CNN.

“To that end, APFA will continue to explore all legal options and consult with additional experts in the field to better understand the results of our ongoing independent testing as well as joint testing moving forward,” the union told Fox.

The carrier says the adverse reactions are probably caused by allergies to wool.

“They have the option to have a 100 percent cotton uniform or polyester,” Fernand Fernandez, American Airlines’ vice president of global marketing, told Fox News in September. “They look exactly the same, just different materials.”

Speaking with CNN on Friday, an American Airlines spokesperson said that a third series of lab evaluations was concluded, and it is offering skin testing for flight attendants. “We know some people are having reactions and we’re looking into why,” the spokesman said

Fashion and the Uniform in America

“We have no doubt the uniforms are safe,” he added.

“We obviously want to make sure every employee feels good in their uniform,” he said.

American Airlines said that another round of testing is scheduled in tandem with the union.