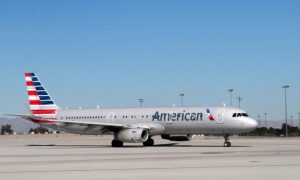 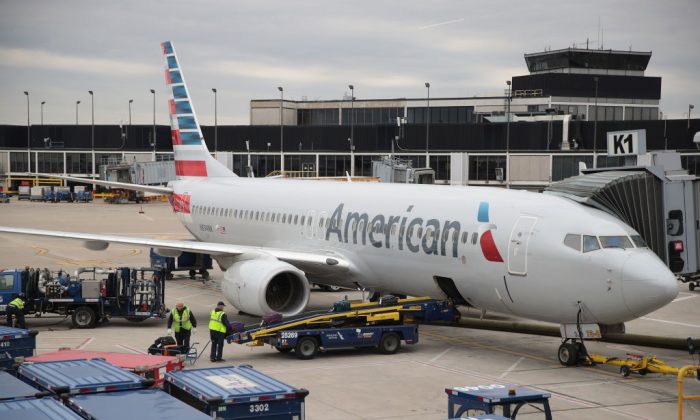 American Airlines has issued an apology to a South Carolina mother and her young son after they were removed from a flight because of their genetic skin condition.

Jordan Flake said she and her 1-year-old son had settled into her seat for a flight to South Carolina on Feb. 28 when an American Airlines employee inquired about the state of her skin and her suitability to fly.

“Before takeoff, an employee from the airline came up to my row and asked the 2 men sitting next to me to get up,” she wrote on a Facebook post that attracted thousands of shares.

“He then quietly asked me about ‘my rash’ and if I had a letter from a doctor stating it was ‘OK for me to fly.’ I explained to him it was called ichthyosis, a genetic skin condition I share with my son.”

The mother and tot were returning home after visiting her military husband in Texas before his deployment, Flake wrote on the website “Love What Matters.”

Ichthyosis is a genetic skin disorder that slows the skin’s natural shedding process, resulting in dry and scaling skin, according to Mayo Clinic. The condition is not contagious.

The airline employee then “walked up to the front to talk to the crew,” Flake said. “He apparently also Googled it during that time. He came back and said he apologized, but we ‘wouldn’t be able to fly,’ and we ‘had to get off the plane.’”

She added, “The pilot seemed OK with it, but the flight attendant rudely said (without even acknowledging me) ‘Well she doesn’t have a letter from a doctor, so …”

The employee then helped the mother and son deplane, booked her a hotel and arranged a new flight. Her checked bags could not be retrieved, however, and flew to South Carolina where Flake had a child who needed care.

“I had to make unexpected childcare arrangements for my daughter at home and I am having to get a ride to the store to get our lotions and some clothes for tomorrow,” she wrote. “I have never been so humiliated in my life!”

In a statement to USA Today, American Airlines apologized to Flake and her little boy.

“Our goal at American Airlines is to create a welcoming environment for all of our customers,” the company said. “We sincerely apologize to Ms. Flake and her son for the experience they had Thursday, and our team has begun an investigation into the matter.”

The statement continued: “Our Customer Relations team has already spoken to her directly and upgraded them on their American flights. We will also be refunding the cost of her trip as well.”

However, Flake hopes the incident will prevent another person from feeling embarrassed about their skin, like she was made to feel in that moment.

“I should never feel ashamed of myself for the way I was born. This was unacceptable and uncalled for,” she wrote on “Love What Matters.” “I have never been asked to show a letter. I have never been told by a doctor that I had to have documentation stating I wasn’t contagious, or whatever they were assuming. In 2019, it’s time we stop discriminating. Ask questions, and listen.”

“Thursday was Rare Disease Day and I have never felt more aware and embarrassed about my skin, or the condition I share with my son.”

The incident recalls the case of a family forcibly deplaned from an American Airlines flight after other passengers allegedly complained about body odor.

Yossi and Jennie Adler and their 19-month-old daughter were asked to get off the plane going from Miami to Detroit on Jan. 23.

An American Airlines representative issued a statement to Yahoo Lifestyle, saying, “They were asked to deplane after multiple passengers, along with our crew members and Miami airport team, were concerned about the comfort of our other passengers due to the odor.”

The Adlers boarded another flight and this time, they went around asking people about their odor.

“We stopped several people in the airport and, it’s embarrassing, but we asked them, ‘Do you think we smell? Because we just got kicked off a plane for smelling,’” Jennie Adler told WPLG.