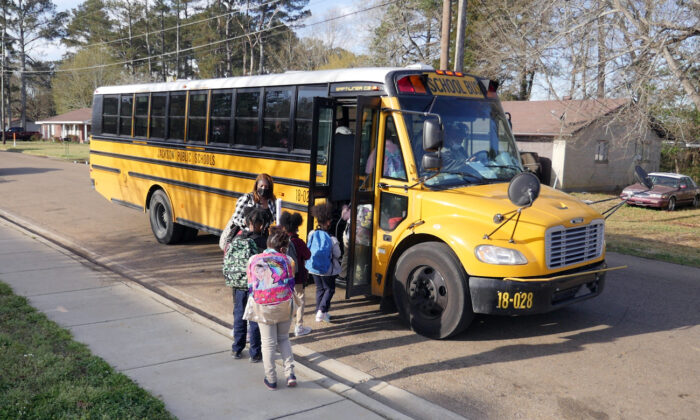 Nearly every one in four American adults are not at all satisfied with the state of their nation’s K-12 public education, a new poll says.

The latest Gallup poll, released Sept. 1, reports that just 42 percent of respondents said they’re at least somewhat satisfied with the quality of education offered at K-12 public schools in the United States, marking the lowest reading since 2000 (36 percent).

At the same time, 23 percent of respondents said they are “completely dissatisfied,” and 32 percent are “somewhat dissatisfied.”

The sentiment is much more positive when it comes to parents with children in grades K–12, according to the poll. An overwhelming 80 percent of respondents said they are at least somewhat satisfied, while 14 percent are somewhat dissatisfied and just 6 percent are completely dissatisfied. Republican and Republican-leaning parents (74 percent) are less likely to be satisfied than Democrat and Democrat-leaning parents (85 percent).

The top reason for dissatisfaction has to do with the lack of academic rigor. A total of 56 percent of respondents pointed to concerns such as poor or outdated curriculum, poor education quality, and that basic math and language skills are being taught. The lack of resources (28 percent) and political agendas being promoted in classrooms (17 percent) are also cited as leading concerns.

According to Gallup, dissatisfaction with the public education system among Republicans and Republican-leaning independents has been rapidly rising since former President Donald Trump left the White House. Republicans’ satisfaction dropped to 35 percent in 2021 and now stands at 30 percent, while Democrats’ decreased from 57 to 51 percent over the past year.

“The nation’s primary and secondary schools have experienced unprecedented disruption over the past three years as they adapted to teaching during the pandemic and were swept into partisan political fights over certain social issues,” Gallup said in the conclusion of its analysis of the poll.

The survey was conducted from Aug. 1 to 23 among a randomly selected group of 1,006 adults via telephone interviews, with a margin of error of 4 percentage points and a 95 percent confidence level.

Since 2020, nearly 2 million students in the United States have left public schools in favor of other education options, according to a poll released in August by Education Next, a K-12 education magazine.

According to the report, enrollment in non-charter public schools declined from 81 to 76.5 percent over the past two years amid perpetual school closures and other disruptions related to COVID-19 lockdown policies.

“If that percentage is accurate, it means that nearly 2 million students have shifted from traditional public schools to alternative school arrangements,” the researchers said.