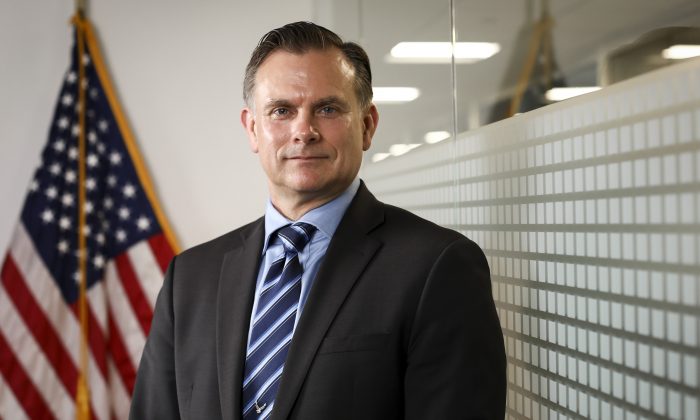 America Needs to Ask Its Allies to Decouple From China: Gen. Robert Spalding

Hannah Ng
Reporter
Hannah Ng is a reporter covering U.S. and China news. She holds a master's degree in international and development economics from the University of Applied Science Berlin.
View profile
Follow
and Paul Greaney

The United States needs to get its allies on board in a bid to decouple from China, according to retired U.S. Brig. Gen. Robert Spalding.

“We need to tell them [U.S. allies], give them an ultimatum: ‘You can have an economic relationship with China, you can have a security relationship with us, [but] you’re not going to have both anymore,'” he told “Fresh Look America” on NTD, a sister media outlet of The Epoch Times, at the National Conservatism Conference in Miami on Sept. 11.

With this move, the United States may lose some allies, he noted.

“But [it’s] much better for us to find out who our friends are and make sure that collectively—rather than sending our technology, talent, and capital into China to grow their economy and their military might—we’re growing on our own,” Spalding said. “This is the only way that we can really and truly compete with China that is seeking to spread its brand … not itself, but its brand of government everywhere.”

Spalding believes that America’s powerful nuclear weapons could intimidate rivals such as China and Russia.

He pointed out that, since the mid-1950s, during Dwight D. Eisenhower’s presidency, the U.S. military has stored nuclear weapons at military bases on the territory of its European NATO allies for use in the event of a conflict with the Soviet Union.

“During the first Cold War, we introduced nuclear weapons into the Western European Theater, which meant the Soviet Union had to think a little bit about what they were doing. So thinking about conflict, when it comes to nuclear powers, has to be different,” Spalding said.

According to Spalding, the Chinese regime is aware of such a threat.

“So the Chinese Communist Party knows this, they don’t want to lose all those shiny new buildings and … new high-speed rail and roads and all of these things that they built over the last 30 years,” he said. “So [it’s] where their willingness to use military force stops … where it comes into contact with American and allied nuclear weapons.”

Spalding said there needs to be a political will to decouple from China.

Roosevelt faced obstacles from America First Committee, which advocated that the United States stay neutral in the war in Europe until the Pearl Harbor incident happened, according to Spalding.

“The Pearl Harbor [incident] galvanized American political will … in the way that [Roosevelt] needed,” he said. “If we have some kind of galvanizing event—which I think we’re going to have with China’s invasion of Taiwan—then I think we can summon the political will to defend ourselves.”