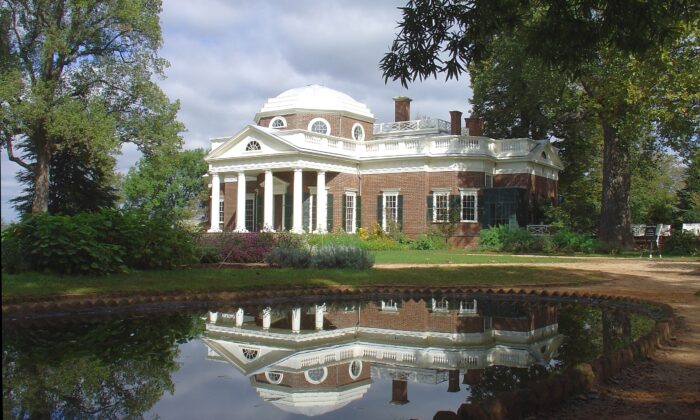 The good news is that price hikes have pulled back a bit even if real-time aggregates are still running up 10 percent year-over-year. That’s better than it was two months ago, with food, transportation, and household durables rising at slightly slower rates. Utilities and education are up, however, so the bad news is that this sector-by-sector shift likely indicates no good trend overall but rather the aches and pains of recessionary adjustments.

Housing illustrates the point perfectly. Even in the face of falling demand, prices are still rising. Commentators are quick to point to restricted supply but there is another culprit about which people are still unwilling to speak: old-fashioned devaluation of the dollar. The strange economics of an inflationary recession are so unfamiliar to most people, but we had better get used to it. It is the defining mark of our times.

Financials are in deep trouble with stocks in a solid bear market and bonds performing poorly by any historical standard. The labor shortage is intense and even seems to be worsening. The demographics of the country in general are in upheaval, with so many people having been uprooted from old geographic attachments due to the pandemic response that drove people from blue to red states.

In the old days, Americans relied on the Fourth of July to remind us of our ultimate unity in the principles of liberty and the pursuit of happiness. This year, it is not at all obvious that this is possible. Movements are extant to cancel the day forever in favor of the 1619 narrative that this country is nothing but a big lie. One can no longer express affections for the Founding generation without fear of pushback from the woke mob.

The economic crisis we are undergoing right now is the most pressing problem, but the rot goes much deeper. As a country we are truly undergoing a philosophical and spiritual crisis because elite opinion has told us for so long that there is nothing to redeem this land of its grave sins and therefore nothing in which any decent person can take pride.

In thousands of wonderful cities around the country today—far away from the urban centers—people will gather to pledge the flag, sing the National Anthem, and watch parades with high school bands playing patriotic music. It seems like old times. But in the higher reaches of official culture as represented by Big Media, Big Tech, and Big Government, the poison of woke politics is everywhere pervasive.

For my part, I spend the holiday in Washington, D.C., a city in which I long ago lived for six years. The place is transformed from that which I once knew, with once-charming buildings built out with marble facades and new floors added to make them as tall as regulations allow. The largest real estate is overtaken completely by bureaucracies, those who lobby them, and NGOs with revolving doors to grant the graft legal legitimacy.

Tourism to D.C. is certainly down and dramatically. I snagged a room at a high-end hotel at rock-bottom prices during a holiday weekend, while rental cars from the airport were lower by 50 percent of the national average price. However, the wait times for all services are high simply because there is an acute shortage of workers. At the rental car agency, one weary worker served two companies while dozens of cobwebbed customers stood in long lines despite reservations from weeks earlier.

Workers in hospitality in general are hard to come by, and the managers of restaurants and bars are willing to give anyone an earful about how hard it is to hire and the sky-high wages one has to pay just to attract and retain someone to carry a burger from kitchen to table. Meanwhile, the streets reek of pot and one must always be on guard against the meth heads meandering here and there, people angry at the world and more-than-willing to take it out on anyone who looks at them the wrong way.

If you try to take refuge in the free Smithosonian museums, you will find that the most popular venues are closed while proposed new museums are all centered on the celebration of identity politics. Division not unity is the new theme even in those that have their doors open.

The venerable Arts and Industry museum that once celebrated the rise of practical arts in the 19th century is long closed and replaced by a single floor strewn with supposed technologies of the future, among which is a spindly green blob that vaguely impersonates your physical movements (I know you want one in your home) and a weird machine that waters plants with toilet refuse to be turned into the “meat” patty of tomorrow.

Maybe get out of the Beltway for a trip to Monticello, the home of Thomas Jefferson that is surely too beloved to be wrecked. Wrong. It seems that some years ago, some new influencers decided it should not be a shrine but a place of debunkery with tour guides ready to tell any visitor that Jefferson was a poseur, exploiter, and fraud. Even the main foyer has been desecrated and defiled with bric-a-brac tacked on the walls to distract from the busts of Voltaire and Turgot in which Jefferson himself took such pride.

The center of attention in the music room is not the harpsichord but a large-than-life full-color amateur painting in the middle of the room. This embarrassing creation features some faceless non-binary figure that is supposed to represent all of those who lived and worked at Jefferson’s home and who lacked the privileges of the exalted Founding Father.

All piety during the tour is reserved for Sally Hemings, who despite well-founded expert doubts, is said to be Jefferson’s concubine. That resuscitated smear from the early 1800s takes on a much larger presence in the tour than, for example, the Declaration of Independence that has since inspired the emancipation of billions of people around the world.

Whomever has taken control of these central American landmarks clearly hates this country and its history, and is fired up to shame anyone and everyone who might disagree. This mess is born not of populist agitation but rather of intellectual pretense of the privileged academic elite, who reward conformity in their ranks and purge dissent while pushing ideologically soaked narratives on their students, who win high marks for repeating cliches but know nothing of core values that actually build and sustain civilization. And it’s remarkable to think how quickly it all happened: perhaps over 20 years.

This is not fixable by a new Congress or president. The crisis is much deeper. What we are seeing in the economic calamity today is a direct result, proof that the urges and ideologies of those who inhabit the commanding heights of culture truly have no idea what they are doing. They are being discredited by the day but it is not at all clear that they really care, since destruction is seen by them to be a marker of success.

What, then, are we to take away from this year’s experience on July Fourth? It should remind us that change is possible, that courage can make a real difference, that risking everything for firm and true principles can redirect the trajectory of history. The miasma of woke mire is not necessarily our fate. People with real conviction can indeed inspire a turnaround. It is not too late.