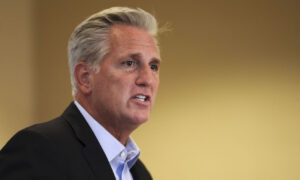 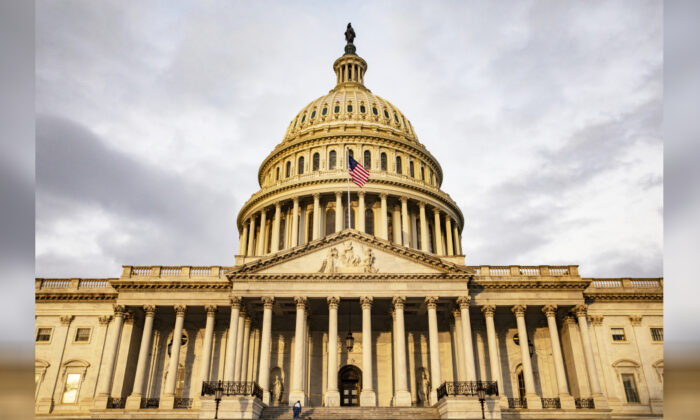 For Purposes of the Impeachment Inquiry, We Are the Jury

As House Democrats continue to pursue their impeachment inquiry against President Donald Trump, one thing has all but crystalized: The Democratic effort to impeach the president is nothing more than a political scheme to hurt the president in the eyes of the American public as the 2020 election nears.

Given that any effort to remove the president from office is destined to fail in the Senate, the American public will serve as jurors in this case. In doing so, Americans should send a loud and clear message to House Democrats that their willingness to paralyze the country for purposes of political revenge won’t go unpunished come election time.

The impeachment inquiry started with a complaint by an alleged whistleblower who didn’t have firsthand knowledge of the relevant facts and who was thought to be “less than neutral.”

Apparently, based upon recent reports, the alleged whistleblower’s dislike of the president served as the catalyst for many of his acts and decisions. Not only were some of his decisions strictly designed to go against the president, he’s also alleged to have ties to members of the Democratic National Committee, former CIA Director John Brennan, Joe Biden, and Rep. Adam Schiff (D-Calif.) (whose staff met with the whistleblower before the complaint was filed). He was also a CIA officer specializing in Russia and Ukraine.

Schiff is the chairman of the House committee that is leading the impeachment inquiry, while Brennan (and the CIA under his leadership) is the subject of one or more pending investigations that are being conducted by Attorney General William Barr and federal prosecutor John Durham.

Likely realizing the whistleblower’s obvious credibility concerns and palpable bias against the president, Schiff has sought to protect his identity at all costs and even indicated that his live testimony “might not be necessary.” Schiff also instructed witnesses not to answer specific questions that were posed by some GOP members, such as Rep. Jim Jordan (R-Ohio), regarding the circumstances surrounding the telephone conversation between Trump and Ukraine’s president.

House Democrats are aware that the Republican-controlled Senate won’t remove the president because of his telephone call with the president of Ukraine. Therefore, they recently passed a resolution allowing them to publicize information that they deem appropriate relative to their investigation. This wasn’t done for transparency, but to try to hurt the president as the election nears.

In essence, this decision is a slap in the face for many Americans. What Democrats in the House appear to be implying is that Americans aren’t capable of hearing all of the evidence and judging it accordingly. Clearly, in order to render an informed decision, the American public would need to hear from individuals such as the alleged whistleblower, Joe Biden, Biden’s son Hunter, and even Schiff himself (among others).

Of course, the recent resolution gives Schiff the right to deny such requests, once against denying the American public, Republicans, and the president the opportunity to learn the truth or, in the president’s case, exercise his right to due process.

Given that the Senate won’t remove the president from office, the only reason for Democrats to continue this partisan and one-sided investigation is to score political points and to try to hurt the president in the eyes of the American public.

Americans should be outraged, regardless of their political affiliation. They are being asked to support a partisan effort to impeach the president without hearing or seeing all of the relevant facts, without the opportunity to hear both sides of the argument, and without hearing from the president himself.

While impeachment is a political, as opposed to a criminal, process, the American public’s role is similar to that of a jury, given the importance of public opinion in cases of impeachment.

Moreover, lawyers for both sides will have the right to object to certain types of questions, evidence, and testimony (this hasn’t happened here). Finally, in a criminal case, the defendant has the right to confront his accusers and to defend himself; sadly, this also hasn’t happened.

While this isn’t a criminal case, the U.S. public will undoubtedly play the role of the jury. In doing so, Americans should remember the following when rendering their verdict:

To date, House Democrats have conducted this impeachment inquiry in a manner that should frighten all Americans. They have denied the president his right to due process. They have denied House Republicans the right and opportunity to equally participate in the investigation. They have refused to allow the whistleblower to testify. They have maintained control over the entire impeachment inquiry by virtue of conditioning almost all Republican demands on Schiff’s approval. They have sought to overturn the results of the 2016 election by concocting one alleged scandal after another. Finally, they have refused to allow the American public to hear all the evidence, instead, relying on selective leaks and soundbites.

This is unacceptable. It’s a pathetic and desperate attempt to taint the jury (American public) before it renders its verdict (the election).

Americans should reject this effort, regardless of their opinions about the current president. They should remember the fact that House Democrats continued to pursue a sham inquiry at the expense of those who they deemed to serve. If they don’t, Trump will likely not be the last president who has to endure this seemingly intentional and premeditated abuse of power.