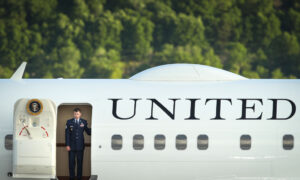 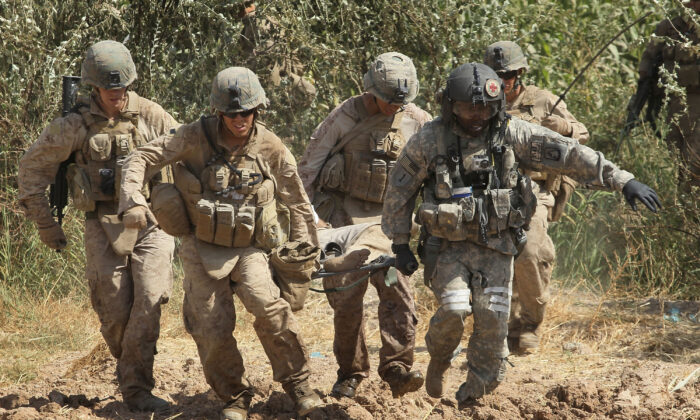 I am an American, and proud to be one. In an age when our history is under attack and our values called into question, I am here to say that the American way of life is valuable and worth defending.

I am willing to stake my life on that claim, and I am not alone. I work in the special operations community, and men in my line of work like to think of themselves as Spartans, but whenever someone says that, I reject it. We’re not Spartans, we’re Americans, and that is something to be proud of.

As a member of the United States Air Force, I have had the opportunity to serve alongside some of the finest airmen, soldiers, sailors, and Marines in our military. During my deployments to Afghanistan, I have grown to appreciate the history of this ancient and beautiful country. When I look across the Hindu Kush, I can see Alexander the Great’s army marching through the landscape, as well as the Persian Armies, Genghis Khan and his horsemen, Winston Churchill and the British Empire, the Soviet Union, and finally the United States. Though my experience is recent, there is a heavy history and memory here.

The men I work with have provided medical and rescue support for the U.S. Army. As such, I hear many stories of their heroism. I am proud to work with these men and see the sacrifices they make for one another.

One example is a man who recently risked his life under heavy fire from the enemy to defend and protect his brothers in arms. The enemy ambushed his team, firing shots down an alley, taking out three of his team members. He and one other man ran through a hail of bullets to their wounded teammates.

Getting ambushed immediately puts you on your heels; the enemy has the luxury of choosing the time and place. My friend was the underdog, but the love he felt for his fellow countrymen pushed him to risk his own life to save theirs. Bombs were impacting mere feet away, Afghan mud bricks being the only barrier against the explosions; getting his fellow Americans medical treatment was his priority.

But they were trapped. With no way out except the way he came, he decided to reach out to his commander to coordinate their extraction. Once their position was pinpointed, the soldiers began blowing holes in walls of buildings until they created a path out to where the patients could be transferred to the legendary Army medical evacuation (MEDEVAC) helicopters.

Refusing to abandon his patients, my friend boarded the helicopter and administered treatment all the way back to their base. In spite of this man’s courage and skill, only one of the three men survived his injuries.

My friend’s perceived failure hung heavy around him, and he prepared for the rest of the team to add their own anger and disappointment to his shoulders. But he was mistaken. The other soldiers met him with gratitude; they had been surprised by his courage and could not believe his willingness to risk his life for them. The Scriptures say “Greater love has no man than this, that someone would lay down his life for his friends,” and I cannot think of a more dramatic example of what it means to be an American. While he mourns the loss of even one American life, the men he has saved honor him as a hero.

We are a country in crisis, but this is nothing new. We were, in many ways, born in crisis and war while believing in a better way of life. Great men have led us every step of the way, and there are great men alive today, making sacrifices and living as examples of why our way of life is worth defending, by leading with compassion, strength, courage, and dignity: the characteristics that set true Americans apart from the rest.

Americans are people who stand for what is right, and what is honorable. I have seen these men, and I have known them, and I have been lucky enough to call them my friends and colleagues. There is a legacy that we all look up to and do our best to emulate, that we should understand, respect, and continue to pay homage to.

The memorials to these great men are wrongly under attack, but their deeds and the lessons we learn from them live on within us. That cannot be taken away. In many ways, this is what it means to be an American—to live as they lived and to strive every day to be the very best that we can be. Many Americans may not be able to find Afghanistan on a map, but I surely know where to find the finest of Americans.

Vance Hawk serves in the U.S. Air Force as a combat rescue officer and lives in Yelm, Washington; his views are his own and do not reflect any official views of the USAF. Tessa Weber assisted Mr. Hawk with this article as his editor. She is an accountant in the Denver area who loves the outdoors and volunteering with the Rocky Mountain Elk Foundation in her free time.