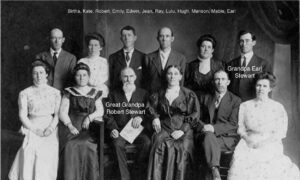 America Essay Contest: We Fail, We Fall, and We Stand Back Up
0
Share Now
FacebookTweetParlerEmail
Copy Link 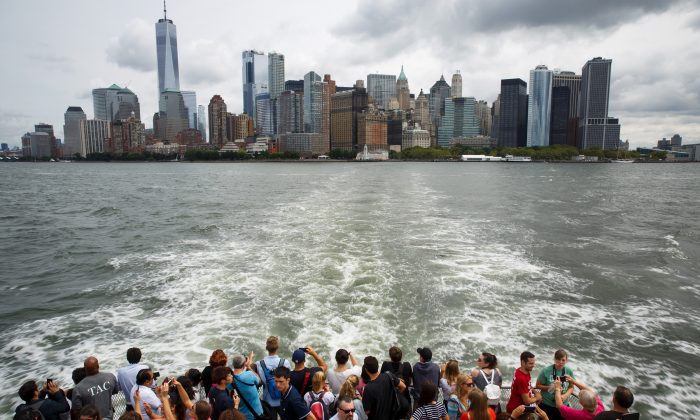 With Lower Manhattan in the background, visitors and tourists ride a ferry toward Liberty Island and the Statue of Liberty in New York City, August 8, 2017. (Drew Angerer/Getty Images)
America Essay Contest

America Essay Contest: We Must Shed Our Grace on America

America shed her grace on me long before I entered the world. Over fifty years ago, with arms wide open, she welcomed two brave souls fleeing a communist regime in a country which embodies the very opposite of freedom. Those two souls were my parents who arrived in this country with only the clothes on their back, but carried within them a light of hope that the strongest gust of wind could not extinguish. They walked away from the only life they knew for the promise of freedom and an opportunity to provide a better life for themselves, but more importantly a future for their children.

My father worked multiple jobs the instant he stepped foot on American soil. Most days, he rose with the sun and only slept a few hours in the afternoon before heading to his night shift. As a child, I would rush home from school to lie beside him for a few minutes.

It was in those moments, I would learn of the great sacrifices my parents made for me. We didn’t have much to our name, lived in a converted basement filled with hand-me-downs and trash-day treasures, but I cherish the stories he would share of his life before America, memories of his childhood, of my grandparents, and large Cuban family gatherings.

I was in awe of the hopes and dreams he left stranded on that small Caribbean island. As a child whose mind was still filled with monsters under the bed, the same question often escaped my lips.

“Where did you find the courage to leave that all behind, Daddy?”

“We found the courage to seek freedom because of this great nation’s history of compassion, her willingness to lend others a helping hand, and her undying commitment to make sacrifices for the good of the people.

“As terrifying as it was to start over in a foreign country with the added challenge of a language barrier, it was even more terrifying to think of staying in a country who no longer valued its people. We made the difficult decision to bid farewell to the only life we had ever known, weighed down by the reality that there was no return.

“Your mother and I knew in our hearts, there would be no better future for our children than in a land where there is freedom of speech, freedom of religion, and freedom to work hard in order to make one’s dreams come true, even if those dreams look different than they originally did.

“We endured the grueling and lengthy immigration process because we knew there was no greater reward than being accepted into a country who was so willing to shed her grace on complete strangers.”

I have carried these words with me long after my father left this earth. Through the years, with every opportunity to further my education or gain employment, in every instance I am free to express myself, at every Sunday service I am able to worship, my father’s message is clear. Today, with a family of my own, raising children in the very land that gave my parents the opportunity to dream a new dream, I instill America’s values in my own children that they may do the same for future generations.

America has remained steadfast in its embodiment of the very morals others have strived to achieve. She is a nation built on a foundation of faith: faith in her founding fathers, faith in her core values, faith in her virtues, and faith in her people. She believed in a couple of immigrants long ago, and in her grace gave their children a future better than any my parents could have ever imagined.

America shed her grace on me, and now we, her people, must shed our grace on her.

Leah Vidal is a writer residing in New Braunfels, Texas, where she is currently working on a children’s book series.