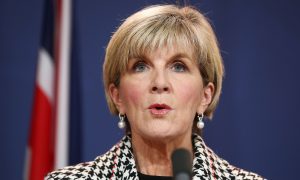 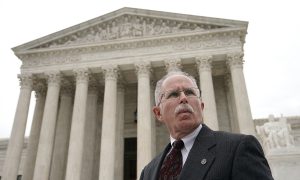 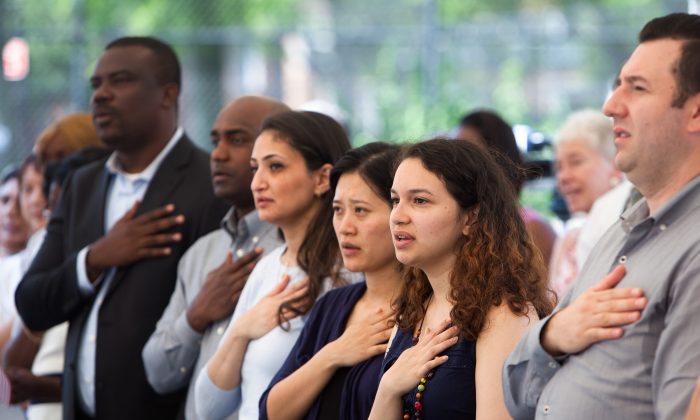 America Essay Contest: My Country, My Family, My Inspiration 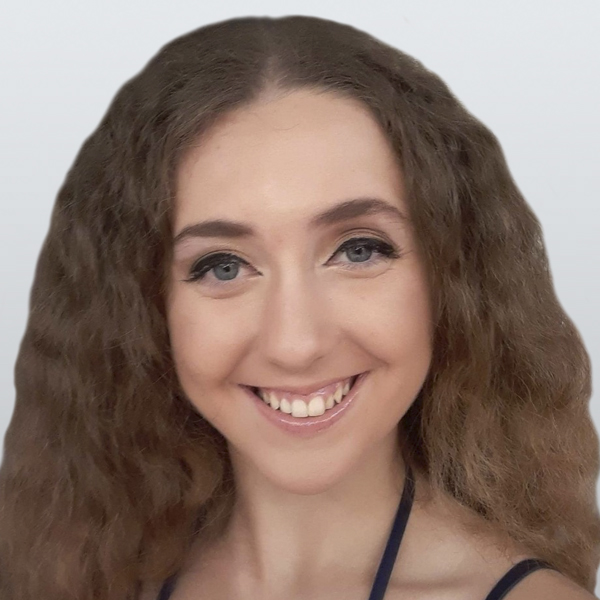 “Your country is your family,” my grandmother told me.

As a child, I never understood what was so important about being patriotic. I didn’t even understand my grandmother’s attitude: She was born in Soviet Russia, so why was she so patriotic in America? Her past is her truth to this day, and hearing it only makes me love my country more.

She’d describe how she was separated from her parents for almost 14 years, how all she’d dream about day after day was going to America to see her parents. Every six months, she’d begged the Soviet authorities to let her go, and every single time she would face the same answer: That her parents were miserable traitors under “Uncle Sam,” and that capitalism and American values were the essence of evil. My grandfather and my mother were all she had, with nothing to protect them under such a dictatorship.

In the end, she lived like an animal, not a human being with basic rights. In the end, her government didn’t care; they treated their own people no differently than they treated something under lock and key their whole lives.

Then my grandmother came to America. To this day, she still remembers how the whole flight there, she kept thinking the plane would turn back, that she would never be able to come into this country, and that she would never see her family again. She described to me how it was under Ronald Reagan’s presidency that she was able to reunite with her own parents—that she was able to put aside her sufferings and accept the values she knew were true even then, becoming an American through that process.

The more I listen to my grandmother, the more I find myself understanding the truth: When you don’t have the right to your weapon, when you have only one party, only one way of thinking, you become an animal in its cage. Today, my grandmother spends every second of every waking day giving her thanks to this country and thanking God for having the chance to experience its freedoms. So I do the same.

One of the biggest values of American freedom that I hold dear (as inspired by my grandmother) is the freedom of speech and choice. Freedom to choose whatever affiliation I desire, be it political or religious. It is for this reason why, when I began the 10th grade at my old high school in New York, I instantly became much more aware of just how difficult it was for certain students to overcome political bias in a nonhostile manner.

More specifically, I was surrounded by posters denouncing my conservative beliefs as “fascist.” Instantly, I felt a mixture of shock and indignation. I could have torn any of them off and thrown them into the trash can if I really wanted to, and I did want to. But I didn’t.

I love my country. I will not ever be unwilling to sit down and debate and discuss with someone who has political ideas and viewpoints that differ from mine. I will not mock them for choosing to believe in what they believe in. I will respectfully disagree with them, but I will also hear what they wish to say. I will never attempt to shut them up or force them to accept my views on political issues—both past and present—because I understand that would be unfair to them, and that it would be very narrow-minded of me to do so, as an American. I never denounced who I was, and I will never force anyone else to do the same.

And the fact that I can do such a thing—without fear of having my right to do so taken away, under my Constitution—this is what makes America great.

I am an American, but I am also a patriot. I have not decided to do so because I had the privilege of being born here, but because I was raised knowing the truth. I was raised to unconditionally love my country and everything it stands for. It is my family, who will always be part of who I am. In the end, I will always love my family, no matter how much I may disagree with them from time to time.

Likewise, just as I may not always agree with everything my country has done and the policies it put forth in the past, I still love it completely. Loving my country as I would my family comes naturally to me, and to do otherwise is impossible; it would mean hating not only my country, but also myself.

Rachel Rose Kogan is an undergraduate honors student and computer information systems major at Florida Gulf Coast University (FGCU), as well as a member of the FGCU Honors Senate, the FGCU Turning Point USA Campus Coordinator, and a correspondent for both PragerU and Campus Reform.