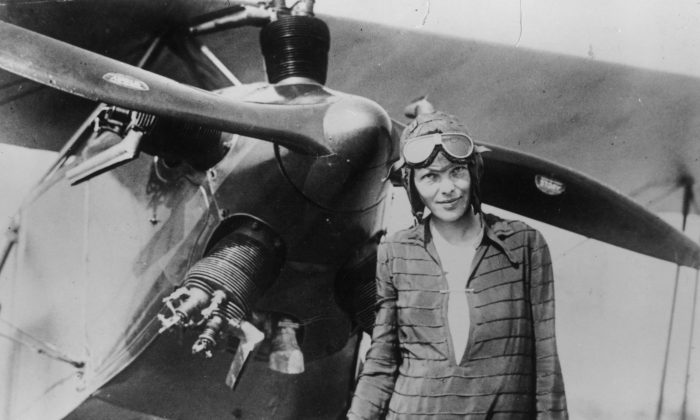 Amelia Earhart stands June 14, 1928 in front of her bi-plane called "Friendship" in Newfoundland. The question remains will we ever find the Malaysia Airlines Flight 370? (Getty Images)
Science

A sonar image may show where Amelia Earhart’s plane went down more than 75 years ago.

The sonar image, described as “grainy” by Discovery News, was taken off an uninhabited tropical island belonging to the Pacific nation of Kiribati. Researchers say it might be the wreckage of Earhart’s plane, the Electra.

Earhart tried to fly around the world in the Electra before she and the plane disappeared never to be found again.

The International Group for Historic Aircraft Recovery, which released the image, notes that the sonar shows an “anomaly” around 600 feet underwater.

“What initially got our attention is that there is no other sonar return like it in the entire body of data collected,” Ric Gillespie, executive director of the agency, told Discovery News.

“The most prominent part of the anomaly appears to be less than 32 feet long,” the group said on its website, adding that Electra was 38 feet and 7 inches long.

Gillespie told DW that the next move is to closely examine the images and embark on another trip to the island. The group first went there in 2000.