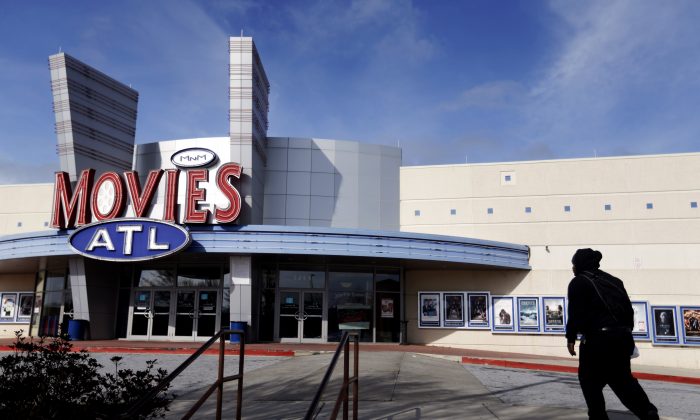 On July 25, Carmike Cinemas’ shareholders will decide whether to move forward with a $1.1 billion merger with AMC Entertainment. The deal would create the country’s largest movie theater chain with 8,380 screens in more than 600 cinemas nationwide.

And they would all be controlled by China.

That’s right: AMC—which reached a purchase agreement with Carmike in March—is owned by the Chinese firm Dalian Wanda, which boasts close ties to the Chinese Communist Party. The company’s founder and chairman, Wang Jianlin, is a former local government official and Communist deputy who seems more interested in shaping public opinion about China and the United States than selling popcorn.

Wanda has received at least $1.1 billion in government subsidies, while Wang has sold company stakes to various family members of elected officials, including the elder sister of President Xi Jinping and relatives of two members of the Politburo—the Communist Party’s main policymaking committee. A business partner of the daughter of former Prime Minister Wen Jiabao also supplied the firm with seed money.

And the company isn’t shy about using it. Pledging more than $30 billion to global mergers and acquisitions in 2016 alone, Wanda is committed to consolidating major film assets—from production studios to movie theaters themselves. In addition to the AMC-Carmike deal, the company also agreed to purchase Legendary Entertainment—the film production company behind “The Dark Knight Trilogy”—in January for about $3.5 billion and is interested in buying at least a portion of Lionsgate and Paramount Pictures sometime in the near future.

This raises a red flag because of the firm’s proximity to the censorship-crazed Communist Party. China currently allows only 34 non-Chinese movies into the country, all of which are heavily edited by a state agency called the State Administration of Press, Publication, Radio, Film, and Television (SAPPRFT). SAPPRFT’s mission is to portray Chinese culture favorably—and aligned with the Communist Party’s agenda.

Capitalism With Chinese Characteristics: From Socialism to Capitalism

The producers of “The Martian,” for instance, made sure the China National Space Administration played a prominent role in the film “as a way to crack into the country’s huge and lucrative market.” The 2006 release of “Mission: Impossible III”—partially shot in Shanghai—excluded a scene of the city featuring underwear hanging from a clothesline because SAPPRFT claimed it portrayed China as “a developing country.” More recently, the 2012 remake of Red Dawn originally featured Chinese soldiers invading an American town, yet movie-makers changed the invaders into North Koreans after receiving complaints from Chinese officials.

“[Chinese diplomats] were not interested in their country being perceived as a violent military threat,” one film producer explains.

By acquiring major film assets, Dalian Wanda assume greater control of content production and distribution channels. The firm could, in theory, block any movie unapproved by the Communist Party from being produced or shown in its theaters—increasing the odds of censorship right here in the United States.

As film producer Rob Cain points out, “China is going to be … the arbiter of what can get made and will get made.”

Richard Berman is the president of Berman and Company, a public affairs firm in Washington, D.C., and executive director of the Center for Union Facts.