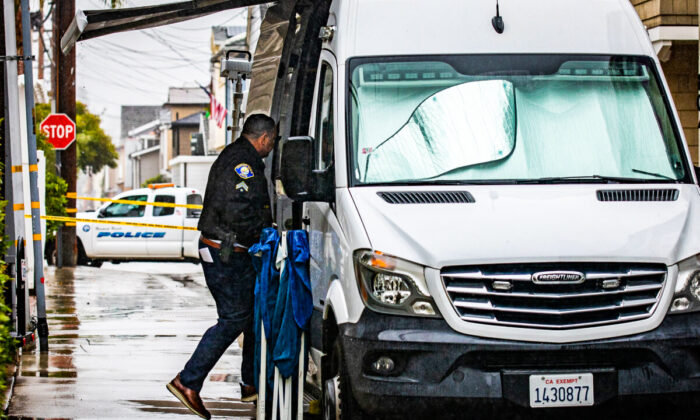 Newport Beach Police and HAZMAT Units investigate 2 deaths and one injury at a Balboa Island Home in Newport Beach, Calif., on Oct. 25, 2021. (John Fredricks, The Epoch Times)
US News

Ambush-Style Attacks on Police Up 139 Percent From Last Year: Union

Law enforcement officers have fallen victim to 86 ambush-style attacks as of Oct. 31 this year, more than double last year’s figure, according to the Fraternal Order of Police (FOP).

The attacks resulted in the murder of 26 officers and the shooting of 109, according to a monthly report from the FOP.

“Premediated ambush-style attacks are particularly disturbing and pernicious. These types of attacks are carried out with an element of surprise and intended to deprive officers of the ability to defend against attack,” the report said. “Premeditated attacks contribute to a worrisome desensitization to evil acts that were once largely considered taboo except by the most depraved.”

There were a total of 48 ambush attacks on officers in 2020, according to the FOP’s annual report. Twelve officers died in the attacks.

A total of 281 officers have been shot in the line of duty this year and fifty-two have been killed by gunfire, according to the report.

“Every felonious attack on law enforcement officers, especially by gunfire, is disturbing regardless of circumstances,” the report said. “Officers are always susceptible to life-threatening attacks and therefore must always be vigilant and maintain the highest level of situational awareness.”

The largest number of shootings (39) took place in Texas. Illinois and California followed, with 24 and 21 officers shot this year respectively.

The numbers are preliminary and subject to change, the report said.

The rise in ambushes follows a year of anti-police protests and defund-the-police rhetoric from liberal politicians and activists. The trend has been accompanied by hiring woes in the nation’s biggest police departments and an overall rise in violent crime.

“It’s time for the silent majority to hold our elected officials accountable,” the FOP said on Twitter on Nov. 1. “If they spew anti-police rhetoric, promote lawlessness and support the criminals, VOTE THEM OUT!”

On Oct. 16, an assailant killed one deputy constable and shot two others in an ambush attack at a bar in Houston, Texas.

“[The deputies] went outside to address a disturbance … it turns out it may have been a robbery,” Houston Police Executive Assistant Chief James Jones said.