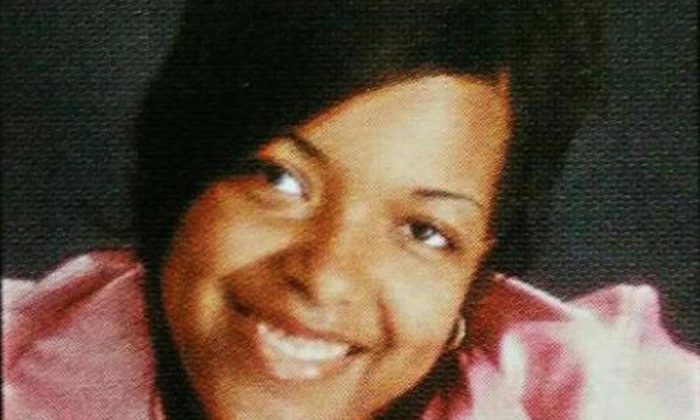 Amber Vinson, the second person to contract Ebola in the United States.
US

Amber Joy Vinson was identified as the second nurse in the Ebola scare, according to reports.

The Dallas Morning News reported that Vinson–which some media outlets identified as “Amber Jay Vinson” tested positive for the virus. Vinson, like nurse Nina Pham, took care of Liberian man Thomas Eric Duncan who was the first person diagnosed with the illness.

Local Cleveland media reports said she was in the city this week to prepare for her wedding. The identity of her boyfriend or fiancee was not disclosed.

Approximately 130 passengers were on the plane. Officials have stated that their risk being diagnosed with Ebola is slim.

“Like Nina Pham, this is a heroic person – a person who has dedicated her life to helping others,” Dallas County Judge Clay Jenkins said during a press conference Wednesday morning.

According to  The Associated Press, it isn’t clear how the second hospital worker became infected. But the Centers for Disease Control and Prevention said that an “an additional health care worker testing positive for Ebola is a serious concern.”

Health department spokeswoman Carrie Williams elaborated on the case, which has few details. Vinson reported a fever on Tuesday and was immediately isolated at the hospital.

“Health officials have interviewed the latest patient to quickly identify any contacts or potential exposures, and those people will be monitored,” she said. “The type of monitoring depends on the nature of their interactions and the potential they were exposed to the virus.”

“What happened there (in Dallas), regardless of the reason, is not acceptable. It shouldn’t have happened,” Anthony Fauci, director of the Institute of Allergy and Infectious Diseases of NIH, told MSNBC Wednesday.

The second worker at Texas Health Presbyterian Hospital was monitoring herself for Ebola symptoms, Dallas County Judge Clay Jenkins previously said. The unidentified woman said she had a fever Tuesday and was in isolation within 90 minutes, Jenkins said.

“We are looking at every element of our personal protection equipment and infection control in the hospital,” Dr. Daniel Varga, chief clinical officer for Texas Health Resources–the operator of Texas Health Presbyterian Hospital Dallas–told AP.

Lindsay London, who lives at the Village apartments in Dallas, told the News that she woke up at 5 a.m. to the sound of Dallas police officers knocking at her door. “But after that initial panic, it was like all right. This isn’t a crazy outbreak yet. It’s close to home, so I need to be careful. But it’s not going to prevent me from going to work or anything like that,” London said.

Another resident who lives near the apartment got a text message that reads: “A healthcare worker who lives at The Bend East in The Village has been diagnosed with Ebola. The resident is now under care offsite, and the apartment where she lived will be processed and cleaned. There are no immediate issues for residents. We’ll keep you informed of future developments.”

Officials have said that at least 76 people at the hospital may have been exposed, and all are being monitored for fever and other symptoms, AP reported.

Nurse Nina Pham, 26, contracted the virus while she was caring for Duncan. Health officials are monitoring 48 others who have had some contact with Duncan before he was taken the hospital where he died.

Reports on Monday say Pham became the first person to contract the disease on American soil. Pham released a statement on Tuesday saying she was “doing well” and the hospital listed her in good condition. She got a plasma transfusion from a doctor who recovered from the virus.

Pham was caring for Duncan in his room often, from the first day he was placed in intensive care until right before he died.