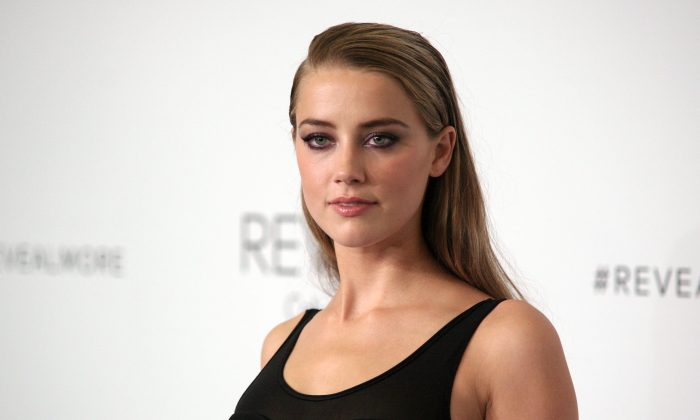 Amber Heard, Johnny Depp’s fiancee, appears to be one of the latest victims of the massive hack that has left a slew of previously private images online.

Dozens of nude photos that purportedly show Heard appeared online on Sunday and have been circulating widely.

The pictures appear to have all been taken by Heard herself while in various settings, including a bed and a bathtub.

In several, she holds a sign that appears to be addressed to Depp, saying “Good afternoon my beloved Tonto man, this blonde Texan [expletive] will eat you alive. I want. I need. Give me what’s mine!!!”

Depp starred as Tonto in the 2013 film “The Long Ranger.”

Heard, 28, is an actress and model who is perhaps best known for her roles in “Friday Night Lights” and “Pineapple Express.”

She’s also appeared in “Never Back Down”, “Zombieland”, and “The Rum Diary,” among other films. She was recently cast in the Magic Mike sequel as one of the leads.

Neither Heard nor Depp has commented on the purported pictures.