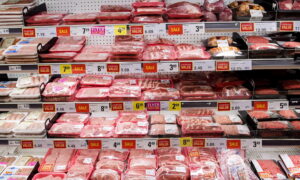 An Amber Alert was issued for Ottawa, Ontario, after a 2-year-old boy was taken by his father.

Ottawa Police on Thursday afternoon wrote on Twitter that it’s concluded without elaborating.

The suspect and father, Kevyn Lex Menard, took the child around 12 noon on Thursday, according to reports.

The boy is described as black with short black hair. He was wearing a navy blue polo shirt, blue denim shorts, and black-grey running shoes, according to police, reported the CBC.

Menard, 24, is black and is five feet two inches tall. He has a medium build and small dreadlocks.

He was last spotted wearing a V-neck black shirt with tight beige-colored pants.

Police told the broadcaster that the guns and gangs and major crimes units are also investigating.

Anyone who sees Menard or the boy are advised to call 911.