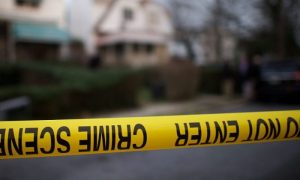 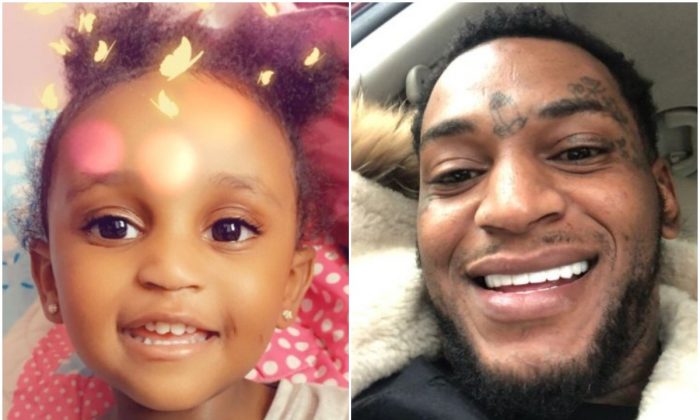 An amber alert has been issued for a 2-year-old girl who went missing in Milwaukee with a man described as armed and dangerous by authorities.

Noelani Robinson went missing at 1:30 p.m. on March 11 after Dariaz L. Higgins failed to return her to her mother as had been planned, according to authorities.

Higgins, 33, who also goes by the aliases of Dariaz Taylor and Dariaz Lewis is believed to have taken the 2-year-old in his black SUV.

“Unknown clothing description of the child at this time,” said the alert. “Dariaz is armed and dangerous. If anyone sees Dariaz or the child, they should not attempt to make contact and call 911 immediately.”

Higgins is described as a black male with black hair, brown eyes, and tattoos, and is believed to be driving a black 2014 Cadillac SUV with Florida license plate HVCZ95.

According to WSVN, officials believe that Higgins could be driving to Florida with the missing girl

In the Florida county of Miami-Dade, police have issued a countywide “be on the lookout” alert to officers.

An amber alert indicates a child has been abducted and is facing imminent danger of serious bodily injury or death.

An overnight police search was sparked in Florida last week when a 10-year-old girl went missing from school.

She was found safe and sound the following day, after a search involving over 20 officers, KXAN reported.

In California, two girls, aged 5 and 8, were found two days after they had gone missing the week earlier on March 1. They were found alive after spending two days and nights in a cold forest, according to reports.

Temperatures in Humboldt, located in the northwestern portion of the state, had dropped into the 30s.

Officials said the girls were found near Richardson State Park, which is more than a mile south of their home.