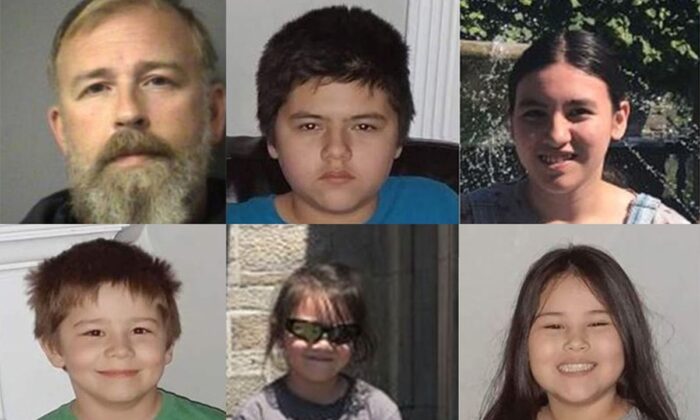 The Niagara Region in Ontario, Canada, is located near the U.S.-Canada border between Toronto and Buffalo, New York.

They are believed to be with their father, Ian MacDermid, and police said that they were reported missing in the past 24 hours by local family and child services.

MacDermid is described as six feet tall, 280 pounds, blue eyes, and brown hair. He was seen driving a gold or beige pickup truck and was possibly going to Toronto.

Officials said the children were taken from their home in Jordan, Ontario, between Sept. 19 and Sept. 25, according to Yahoo Canada.

The five kids are subject to a temporary custody order after their father failed to return them home, officials said.

Police said that they are concerned about the wellbeing of the children.

Those with information about the case are asked to call 911 or their local police department.

Officials said that all of the MacDermid children are Asian and were described as follows in an alert, according to the CBC:

-Mattias, 10, 4’8, with light brown caramel hair and a small/medium build.