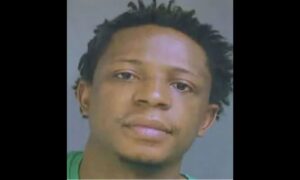 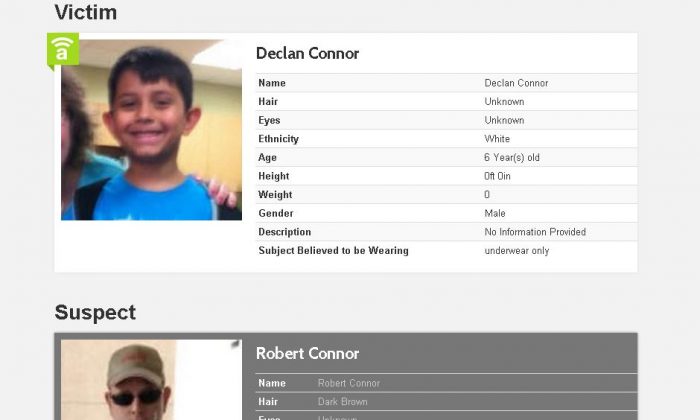 Declan Connor and Robert Connor. Robert is accused of killing Declan's grandmother then taking Declan; an amber alert has been issued in Sand Springs, Oklahoma. (Amber Alert)
US

A Oklahoma father allegedly killed his mother then took his son away on Tuesday night.

Robert Connor is described by the Osage County Sheriff Office as a white man standing about 6 feet 1 inches tall and weighing 200 pounds, with double “T” tattoos on his left arm. The color of his eyes is unknown, and he has dark brown hair.

The apparent abduction happened in Sand Springs in Oklahoma.

The two are supposed to be in a tan 2004 Ford Crown Victoria with license plate number 197-HNK.