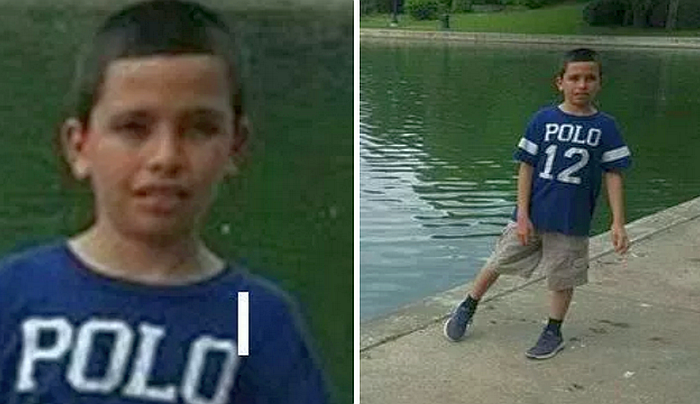 Dallas Police issued an Amber Alert for a 10-year-old boy who was abducted at gunpoint on Monday, June 27.

The boy was identified as Nicholas Fierros, Jr.

He is 4-feet-9 and weighs 60 pounds, has brown hair and brown eyes, police said in an alert.

Fierros, Jr. was last seen wearing an orange shirt with white or khaki shorts. He had no shoes on.

The suspect or suspects were not identified.

Nicholas was taken around the 800 block of Buick Avenue, in a home invasion robbery at gunpoint by up to three unknown individuals on Monday at around 12:30 p.m. local time.

The “suspect fled the [scene] with child in an unknown direction,” Dallas Police stated.

No other details were released.