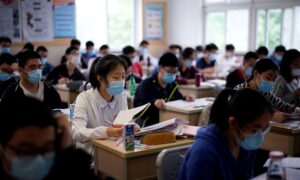 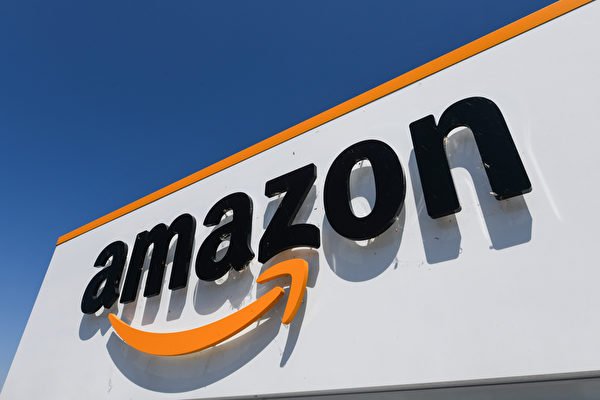 In recent months, Amazon has been shutting down numerous Chinese e-commerce accounts for non-compliant operations. Cindy Tai, vice president of Amazon global and head of Amazon global store Asia Pacific region, confirmed at a recent event in Hangzhou that during the past six months they had suspended the sales rights of 600 Chinese brands affecting nearly 3,000 merchant accounts, including some best-selling brands.

According to the Shenzhen Cross-Border E-Commerce Association, these unilateral sanctions caused an estimated loss of more than 100 billion yuan (over $15 billion) to China’s online retail industry.

Robert and Mandy Liu, a couple currently residing in Los Angeles, have been running their Amazon store for two years achieving revenues of over $1 million dollars. When interviewed by The Epoch Times, they said Amazon was blocking the accounts of Chinese sellers for repeatedly falsifying product reviews. This lapse in integrity was a serious violation of Amazon’s policies.

Robert said that a high volume of Chinese merchants had joined the Amazon platform in recent years and now represent over 50 percent of all sellers. Along with this growth came a corresponding increase in policy violations, in response to which Amazon stepped up its policing efforts to rectify violations on its platform.

Based on his experience, Robert estimated that for every 100 to 120 purchases on Amazon, one buyer might submit a review, either good or bad. Apparently, Chinese merchants created ways to increase their good reviews.

Amazon said that in 2020, they “stopped more than 200 million suspected fake reviews before they were ever seen by a customer.” However, Amazon found that its automated monitoring system was incapable of catching merchants violating its rules by adding product inserts and gift cards in exchange for favorable reviews, or promising discounts to social media groups.

Robert and Mandy said companies were creating groups on Chinese social media site WeChat that gave away products almost for free in exchange for good reviews. Some were accumulating false reviews by advertising with phrases such as “free products with code scanning.”

The couple had also been added to similar WeChat groups by friends and found that these groups would constantly launch “discount” campaigns on products with prices ranging from tens to hundreds of dollars. Group members were encouraged to shop on Amazon, and providing five-star reviews with screenshot confirmation could potentially retrieve 90 to 100 percent of the original purchase price. Boosting the popularity of items in this manner was a violation of Amazon’s rules.

Mandy shared her experience with this type of group promotion. To understand the whole process, she specifically bought an air fryer that the group promoted with a “special offer.” But after using it and feeling it needed improvement and did not deserve a five-star rating, she did not complete the entire process. From her point of view, the people who took money for good ratings are selling their conscience and character short.

Robert said he felt the same as Mandy, that offering appealing discounts for false reviews was a form of counterfeiting, and Amazon was justified in suspending repeat offenders to correct this bad trend.

Economist Hengging Li, director of the “Information and Strategy Institute” in Maryland, believes the scale of the Amazon merchant account closures and strength of its penalties is noteworthy.

“Every account closed by Amazon is a loss of good revenue each year,” Hengging told The Epoch Times. “Billions in sales, but Amazon still closed these accounts. They do so because they believe misleading consumers will negatively affect their reputation, which is more important to Amazon than short-term sales.”

Hengqing said online shoppers tend to avoid writing reviews because it takes up their time, and this lack of data became a major issue for sellers hoping to grow their businesses. To compensate, sellers began offering money in exchange for ratings. This was spotted by Amazon, prompting its issuance of repeated warnings.

“Amazon asked these merchants to operate their business in accordance with international practice and in a way that protects the basic rights of consumers, but these merchants just didn’t listen,” he said. “So this time, Amazon has made up its mind to take down the products of the non-compliant stores and cancel their accounts. The most important issue here is that the good reviews obtained by these sellers through cheating are not a true reflection of the price, quality, and service of the products. It is a deceptive means to mislead consumers, which Amazon will not tolerate.”

Li: Business Should Focus on Integrity

Amazon’s store closings have gained considerable attention online, raising questions about the options that exist for Chinese e-commerce companies that falsify reviews. Some articles have suggested that rather than place all their eggs in the Amazon basket, these companies might consider operating on multiple platforms, like eBay and Walmart, or launching their own sales platforms.

But according to Hengqing, the most important issue is not which platform or direction these companies decide to conduct business on, but what can be done to ensure integrity throughout the sales process. How will these sellers remain trustworthy by abiding by their contract with consumers and the platforms on which they shop?

The most important thing for a business, said Hengging, is the consumer’s evaluation of its goods and services.

“If they don’t approve, cheating won’t prevent losses or salvage a seller’s reputation. Once that reputation is gone, sellers go down the drain. Amazon’s lesson to non-compliant sellers can be summarized as follows: Business must be conducted honestly or there will be a price to pay.”

Robert and Mandy Liu view Amazon as customer experience-oriented. It evaluates merchants based on various indicators such as complaints, order cancellations, and delivery of goods. Honest evaluations are the cornerstone to Amazon’s confidence in recommending good products and services to its customers.

Robert said it took more than a year for him and Mandy to become million-dollar sellers on Amazon. Their success, he said, was based on maintaining a customer service attitude that offered reliable and competitive products in an honest and trustworthy manner.