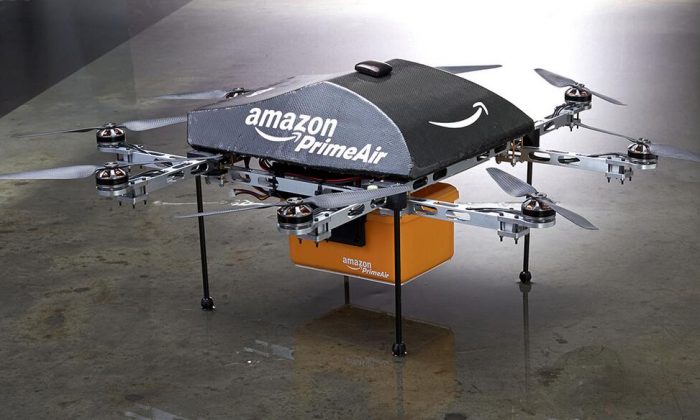 Amazon said on YouTube: “The goal of this new delivery system is to get packages into customers’ hands in 30 minutes or less using unmanned aerial vehicles. Putting Prime Air into commercial use will take some number of years as we advance technology and wait for the necessary FAA rules and regulations.”

On its website, Amazon said that its team has been working on the concept in its next generation R & D lab.

CEO Jeff Bezos told Charlie Rose on “60 Minutes” that the drones could carry up to five pounds of goods in a 10-mile radius from one of Amazon’s delivery centers, reported Variety.

The drones will likely not be fully operational for four or five years, he added.