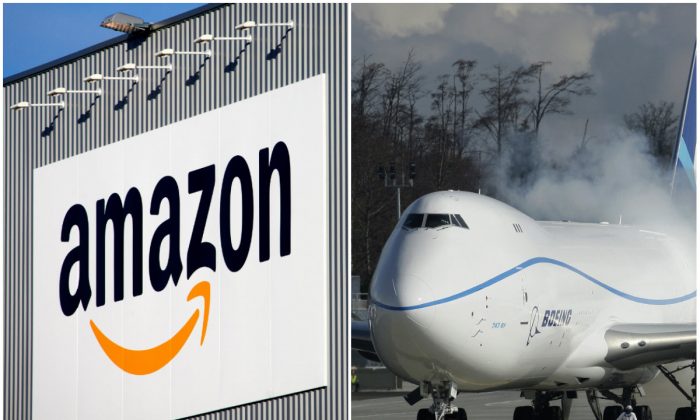 NEW YORK—Amazon is taking to the skies.

The e-commerce powerhouse has finalized an agreement to lease 20 Boeing jets from Air Transport Services Group Inc. as it builds out its U.S. delivery capabilities.

Amazon has been investing heavily in its shipping infrastructure, adding sorting centers, which sort packages by zip code and deliver them to post offices. And it has started to roll out thousands of trucks to speed up package delivery from its warehouses to the sorting centers.

Amazon says the goal is not to compete with package delivery carriers such as FedEx Corp. and UPS but work on improving its own logistics to offer faster delivery for customers as well as providing shipping services for third-party sellers on the site, a service called Fulfilled by Amazon. Amazon’s $99 annual Prime loyalty program offers free two-day shipping on many items.

Air Transport Services said the company had been working on the agreement with Amazon since last summer.

Amazon will lease 20 747 freighter jets. The 20 leases are for five to seven years. The agreement for the operation of the aircraft will be for five years.

Amazon is also taking a stake in the Wilmington, Ohio-based company. It will get warrants to buy during a five-year period up to 19.9 percent of the company’s shares at $9.73 per share.

Dave Clark, Amazon’s senior vice president of worldwide operations and customer service, said in an emailed statement that the agreement will help supplement its existing delivery network and ensure the company has the air cargo capacity to support one- and two-day delivery for its customers.