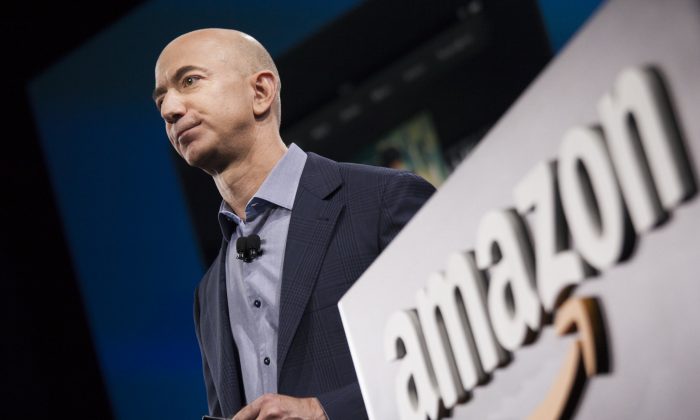 Amazon: Bank to the Future?

A plethora of fintech (financial technology) startups are disrupting traditional finance by offering alternative, cheaper, and more convenient financial services. But what about established tech giants like Amazon? Can they have a significant role in disrupting the banking system?

The most powerful American tech companies, GAFA (an acronym for Google, Apple, Facebook, and Amazon), also entered financial services a few years ago. But the results have been disappointing, according to Huy Nguyen Trieu, a fintech resident expert at Oxford University and a member of the fintech advisory board of the World Economic Forum.

“We might not hear much about the tech giants disrupting finance, but it does not mean that they won’t play a significant role,” Trieu wrote on his blog.

“Each of these giants has a massive reach but more importantly competes with all other services to be at the center of our digital lives.”

We might not hear much about the tech giants disrupting finance, but it does not mean that they won’t play a significant role.
— Huy Nguyen Trieu, member, advisory board, World Economic Forum

“Although mobile payment has been tried for the last 15 years, U.S. and European customers still find cash and cards easier to use, which explains why Apple Pay or Android Pay struggle to find widespread adoption,” Trieu wrote.

On the contrary, Chinese tech giants like Alibaba or Tencent moved into financial services aggressively and gained considerable market share. For instance, Ant Financial, the finance arm of Alibaba, offers payments, personal lending, banking products, saving products, and peer-to-peer lending. This is why Ant Financial is valued at around $60 billion.

Amazon is the ultimate virtual supermarket, selling to consumers, and buying from suppliers. Which means that handling money and payment is part of its DNA.
— Huy Nguyen Trieu, World Economic Forum

Among the four U.S. tech giants, Amazon is most likely to be a major player in financial services in the future, according to Trieu. The online retail giant has more than 250 million customers.

“Amazon is the ultimate virtual supermarket, selling to consumers, and buying from suppliers. Which means that handling money and payment is part of its DNA, and offering financial services is a natural extension of its business,” he said.

Amazon offers direct loans with Amazon Loans, where its online sellers can borrow working capital from the company at rates that are typically less than for a credit card.

Since its launch in 2013, Amazon’s lending program has financed a few hundred million dollars of loans, clearly not a game changer, according to Trieu.

In addition, the online retailer recently launched a payment business, which directly competes with PayPal and credit card companies like Visa. It allows customers to make payments using their account on thousands of other websites.

The subsidiary, which has 23 million active users, offers its system to merchant partners and third-party businesses that host a shop on an e-commerce website.

It also announced it would buy fintech companies to expand its financial services offerings. In February, it acquired Emvantage Payments Pvt to build its online payment platform in India.

On July 21, Amazon entered into a partnership with Wells Fargo & Co. to offer interest-rate discounts to its exclusive prime customers for student loans.

The companies will not compensate each other for the deal. However, Wells Fargo will be able to reach millions of potential customers through Amazon. And in return, Amazon may use this as a marketing tool to attract more students to its prime service.

Private student lending, which plummeted during the recession, is growing again and becoming more competitive. However, some experts say associating the Amazon brand with the highly regulated private student loan market may harm its reputation, especially if borrowers run into trouble with their debts.

We have not yet reached the tipping point of digital disruption in either the United States or Europe.
—  Citigroup

There is no doubt that Silicon Valley is disrupting traditional banking; however, “we have not yet reached the tipping point of digital disruption in either the United States or Europe,” investment bank Citigroup states in its 2016 Digital Disruption report.

Investments in financial technology have grown exponentially in the past decade, rising from $1.8 billion in 2010 to $19 billion in 2015, according to the report. The majority of the investment was concentrated in the payments area.

Despite all of the investment and continuous speculation about banks facing more competition, Citi says that only about 1 percent of North American consumer banking revenue has migrated to the new digital models.

“The tech giants such as Amazon, Google, or Apple will continue their expansion into financial services and are likely to play an important role in the financial ecosystem—in the same way that Alibaba has done in China,” Trieu said.