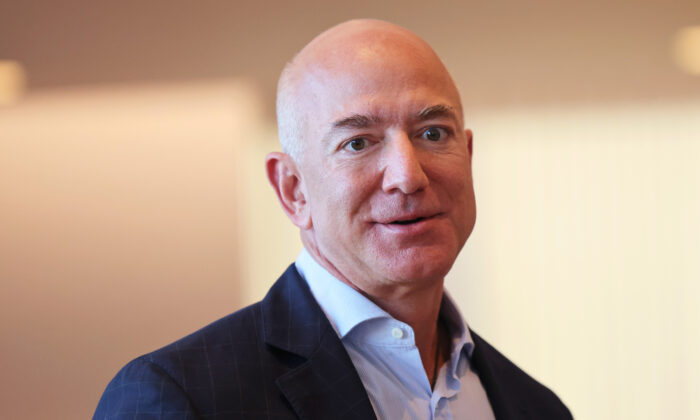 Amazon has accused the U.S. Federal Trade Commission (FTC) of making unreasonable and unfair demands as part of the agency’s probe into the company’s Prime membership program, according to a new legal filing.

The Jeff Bezos-founded company has been under investigation by the regulator since March 2021 regarding whether or not it makes it difficult for customers who want to end their membership with Amazon Prime, the subscription service that costs $139 per year or $14.99 per month and allows users to take advantage of additional services that are otherwise unavailable to other Amazon customers.

However, Amazon said in the Aug. 5 legal filing (pdf) that the investigation had become “unworkable and unfair, reflecting less of a responsible effort to collect the facts about a variety of longstanding and highly popular subscription programs than a one-sided effort to force Amazon to meet impossible-to-satisfy demands.”

Nearly 20 current and former Amazon employees and executives, including founder Jeff Bezos and CEO Andy Jassy, as well as former retail executive boss Dave Clark and his successor Doug Herrington, SVP of international Russ Grandinetti, and former head of Prime, Greg Greeley, were served subpoenas to give evidence as part of the agency’s investigation into the e-commerce giant.

The subpoenas are officially known as Civil Investigative Demands (CID).

In the filing, Amazon asked that the FTC “quash or limit” the subpoenas, while certain current and former Amazon employees also petitioned to quash or limit the subpoenas served on them individually because they are “unworkable and unfair.”

Specifically for founder Bezos and CEO Jassy, lawyers state that the two are petitioning for the CID’s to be “quashed” because “staff has identified no legitimate reason for needing their testimony when it can obtain the same information, and more, from other witnesses and documents.”

Amazon claims that it has worked “diligently and cooperatively with FTC staff to provide information relevant to the FTC’s investigation” for over a year and has produced 37,000 pages of documents relating to the probe, and provided “dozens of pages of interrogatory responses,” among other things.

It also claims that it has “proactively followed up with staff to ensure it had the materials it needed” but that FTC staff had become “inexplicably disengaged,” and by February 2022 had not communicated with Amazon about the Prime investigation for almost four months.

The company claims that in April 2022, after roughly six months of alleged silence from the FTC, Amazon was “abruptly notified … that a new attorney would be taking over and that staff was under ‘tremendous pressure’ to conclude the investigation,” and gave the company and its executives just a few weeks to comply.

“Staff’s handling of this investigation has been unusual and perplexing,” Amazon wrote in the petition. “The current impasse has been brought about by unexplained pressure placed on staff to complete the investigation hastily, by an arbitrarily chosen deadline.”

“But staff’s own behavior has exacerbated the breakdown in this investigation, with the most recent incident being the most egregious: staff has attempted to restrict, contrary to law and FTC practice, counsel’s ability to jointly represent Amazon and the Individual CID recipients. Staff has gone so far as to demand that counsel leave a hearing for the first individual witness for failing to abide by this improper restriction. The Commission must step in.”

Amazon claimed that the FTC’s scope of the investigation has been extended to include additional non-Prime subscription programs, such as Audible, Amazon Music, Kindle Unlimited, and Subscribe & Save.

Lawyers for the company claimed that the FTC had “refused to provide the Individual CIDs to Amazon’s counsel when requested and informed counsel that they would not be permitted to jointly represent Amazon and any of the individual employees,” which it described as “plainly contrary to law.”

At the very least, Amazon asks that the deadline to provide the information should be extended.

“At a minimum, Amazon needs staff to further clarify its vague and argumentative requests and grant more time to comply with them, something staff has refused to do without explanation,” lawyers noted.

The FTC, which is headed by Lina Khan, pledged in 2020 to look more closely into the power of America’s five biggest tech companies: Amazon, Apple, Facebook, Microsoft, and Alphabet (including Google).

Amazon has raised concerns over Khan’s stance on antitrust law and her previous criticism of the company and its market dominance, stating that it would make her impartial in her role as chair.

The retail giant previously sought to have Khan recused from antitrust investigations of the company.

Amazon’s requests that the FTC “quash or limit” the subpoenas will be subject to a vote by the FTC’s commissioners, according to the Financial Times.

The Epoch Times has contacted the FTC for comment.