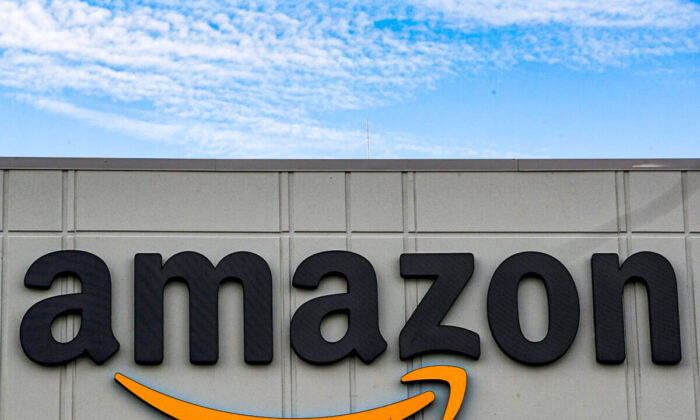 The Amazon logo is seen outside its JFK8 distribution center in Staten Island, N.Y., on Nov. 25, 2020. (Brendan McDermid/Reuters)
Economy

In October 2020, Amazon released a report to employees stating that 19,816 of its 1.4 million frontline U.S. employees had tested positive for the virus
By Entrepreneur

At least 20,000 Amazon employees tested postive for COVID-19 last year—and the online retail giant claimed only 27 of those cases were contracted while employees were on the job.

In October 2020, Amazon released a report to employees stating that the 19,816 postive tests were among the 1.4 million frontline U.S. employees of Amazon and Whole Foods.

The Strategic Organizing Center (SOC), a coalition of four unions that includes the Teamsters union, the Service Employees Union, the Communication Workers of America and the United Farm Workers of America, aims to provide Amazon workers with representation, saying the company’s underreporting is akin to a “hidden pandemic.”

SOC has asked the Occupational Safety and Health Administration (OSHA) to examine Amazon’s “disturbing pattern of misleading or grossly incomplete information provided to authorities around COVID-19 cases in its warehouses.”

“Amazon, the nation’s second largest private employer, put workers’ lives at risk by depriving OSHA of information about COVID-19 cases in its facilities, undermining the agency’s ability to identify workplace hazards and to hold the company accountable for unsafe conditions,” the labor group said.

Although Amazon did not contest the number of cases referenced by SOC, the company did call the group’s report intentionally misleading and cited measures it has taken to keep its employees safe, including spending more than $15 billion on things like contact tracing, on-site vaccine clinics and testing and other process shifts and health protections.

In the same October statement to employees, the company stressed that it’s impossible to pinpoint the exact source of COVID-19 infections: “And of course, a positive test does not mean someone became infected as a result of their employment with Amazon—these individuals can be exposed in many ways outside of work.”

And, as the second-largest private sector employer in the U.S., Amazon has gotten the attention of several unions trying to establish representation for its workers. The Retail, Wholesale and Department Store Union seeks to represent the workers at an Amazon warehouse in Bessemer, Alabama, and an independent union aims to organize employees at the company’s Staten Island, New York facility.