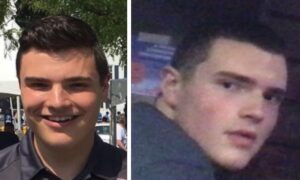 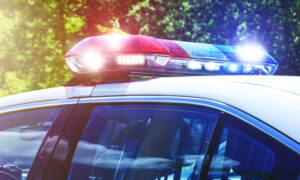 Florida Man Who Claimed to Have COVID-19, Spat and Coughed on Police Officers Indicted on Terrorism Charge
0 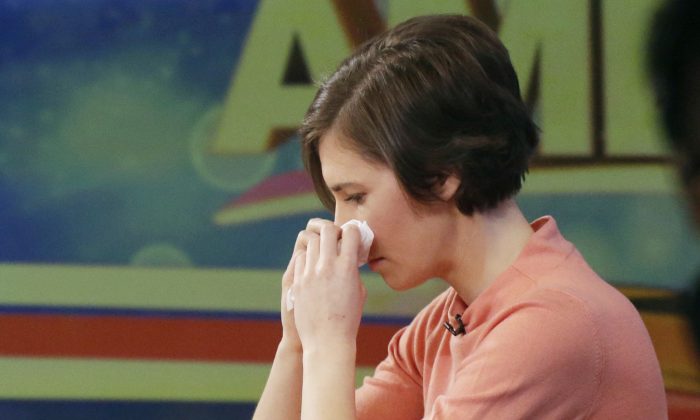 Amanda Knox wipes her nose with a tissue while making a television appearance, Friday, Jan. 31, 2014 in New York. Knox said she will fight the reinstated guilty verdict against her and an ex-boyfriend in the 2007 slaying of a British roommate in Italy and vowed to "never go willingly" to face her fate in that country's judicial system . "I'm going to fight this to the very end," she said in an interview with Robin Roberts on ABC's "Good Morning America." (AP Photo/Mark Lennihan)
Crime and Incidents

Amanda Knox took some time out of preparing her appeal of the murder conviction upheld in the recent retrial of Meredith Kercher’s death to ride a bicycle to a local Goodwill store.

Knox, 26, was convicted along with her former boyfriend Raffaele Sollecito to many years in prison for killing Kercher while they were students in Italy in 2007.

Now living in Seattle, Knox is preparing to launch an appeal of the conviction.

“I am frightened and saddened by this unjust verdict,” Knox wrote after the ruling. “Having been found innocent before, I expected better from the Italian justice system.”

It’s not clear whether she would be extradited at some point. The Daily Mail reported that the U.S. Supreme Court must confirm Knox’s guilty verdict before Italy can apply for extraditoin.

Rudey Guede, who was also convicted in the case, has been serving a 16-year sentence for years and was recently let out during the day for schooling.