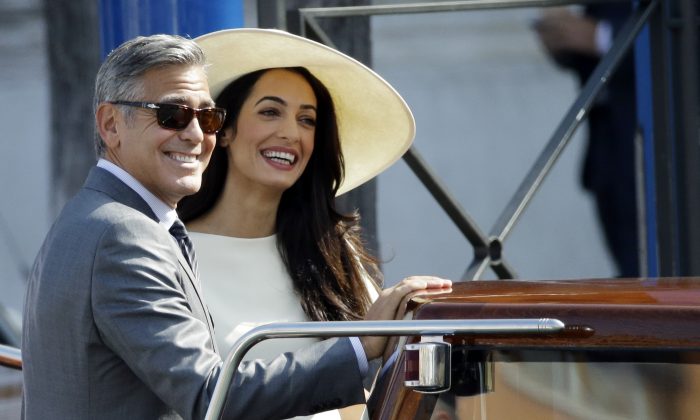 Amal Alamuddin is denying reports that she was recently pictured with a possible “baby bump.”

George Clooney’s wife said through a representative that she and Clooney are not expecting their first child at the moment.

“Amal Clooney is not pregnant,” the rep told Us Weekly.

The magazine notes that Amal has been hounded by pregnancy rumors for a while.

“In September, the actor’s rep denied to Us that Alamuddin was bearing Clooney’s child after she stepped out in Lake Como, Italy, wearing a loose maxi dress that gave the illusion of a bump due to windy conditions,” it said.

The latest rumors came after Alamuddin reportedly looked like she had a “baby bump,” leading fans and blogs to speculate that she was pregnant. “Could she really be pregnant? Or, is this just a case of a puffy skirt forming a fake baby bump underneath Amal’s coat?” wondered one blog.

And tabloid reports have focused on the issue, with a source telling the National Enquirer recently, for instance, that “George wants a child right away, but Amal feels overwhelmed.”

“She’d like a year to adjust to her marriage and newfound fame before dealing with a pregnancy or the red tape of a complicated international adoption,” the source said.

Clooney, 53, and Alamuddin, 36, were married in late September.