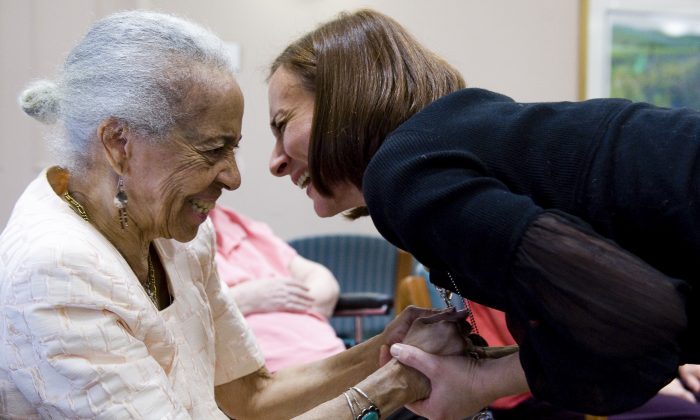 Alzheimer’s Research Gets Glimmer of Hope, Not for First Time

For the few drugmakers that haven’t given up on the decades-long, elusive quest for a cure of Alzheimer’s disease, each piece of news is a small signpost along a possible path to success—and billions of dollars in potential sales.

That helps explain the 20 percent surge in Biogen Inc.’s shares July 6. After one of its experimental drugs showed disappointing results in December, a new analysis with an additional six months of data suggested that the treatment might slow the progression of the disease.

This is the story of Alzheimer’s. Dramatic ups and downs have been typical, with about 200 failed attempts to find a treatment. Drugmakers are seeking to escape a maze, trying one approach, failing, then starting over with another. Biogen and its Japanese partner Eisai Co. used a new measure in their study, which showed positive results.

“We are very encouraged,” said Samantha Budd Haeberlein, vice president of clinical development at Cambridge, Massachusetts Biogen. “We believe that we’ve got the right molecule and that we have a good trial design. Many of the previous failures have had one or the other of those two things missing.”

Biogen’s data was a big surprise to many, especially because the drug targets the same protein, beta-amyloid, as numerous failed trials from rivals including Pfizer Inc., Merck & Co., Eli Lilly & Co., and Johnson & Johnson. A big setback on a Lilly study at the end of 2016, in particular, had raised questions about treatments focusing on beta-amyloid, which clumps up in the brain of patients with Alzheimer’s.

Biogen’s success, announced late July 5, wasn’t even for the company’s leading experimental treatment for Alzheimer’s, aducanumab, although analysts said the good results might bode well for that drug as well.

It was instead for an experimental therapy called BAN2401. Biogen and Eisai said Alzheimer’s progressed more slowly for patients who got the highest dose. Details were scant and the companies will release more at a scientific meeting, although no date has been set for that yet.

To Roche Holding AG, which is studying a pair of potential beta amyloid-targeting therapies in late-stage trials, the Biogen results were good news.

“It’s moving us farther down that trail that says this is a good pathway to target,” said Rachelle Doody, global head of neurodegeneration at Basel, Switzerland-based Roche. “The negative studies have still taught us a lot, and the weight of the evidence is that one of the pathways to target is the amyloid pathway.”

Past experiments show how challenging that path can be. Roche’s drug crenezumab, for instance, failed to help patients think more clearly or retrieve memories in a mid-stage trial, a hurdle that drugmakers usually want to clear before going into the last and most expensive stage of clinical studies.

Instead of abandoning the drug, Roche looked at a potential benefit in the least sick patients and spent the next two years figuring out how high it could safely ratchet up the dose. It started another 750-patient study with results expected in 2021.

Biogen’s path with aducanumab, its leading contender for Alzheimer’s, has also had setbacks. The drug failed to show a statistically significant cognitive benefit in a closely watched dose in 2015, after excitement about the drug drove up the stock 33 percent in seven months.

Optimism for a treatment has ebbed and flowed over the years, and so have the companies’ shares. Among the biggest recent setbacks was the November 2016 failure of a Lilly treatment in a large, late-stage trial. The news sank the stocks of other drugmakers developing Alzheimer’s treatments at the time—including Biogen.

Like Biogen’s BAN2401, Lilly’s now-abandoned experimental treatment was designed to target the beta-amyloid protein. Earlier results from the Lilly study, presented at a conference in 2015, had shown potential to slow the course of the disease, fueling hope that the Indianapolis-based company could be first with an Alzheimer’s treatment.

Three years later, any hope has been dashed. Lilly suffered a new setback last month when it ended two late-stage trials of another Alzheimer’s drug it was developing with the U.K. drugmaker AstraZeneca Plc.

Still, Biogen is hoping it will be the exception in Alzheimer’s research, rather than the rule.

Researchers and patients want to believe it, too.

“The amyloid hypothesis, you’ve always had people who’ve loved it and people who’ve hated it,” said Keith Fargo, director of scientific programs at the Alzheimer’s Association. “I think you’ve had some people prematurely declare it dead.”