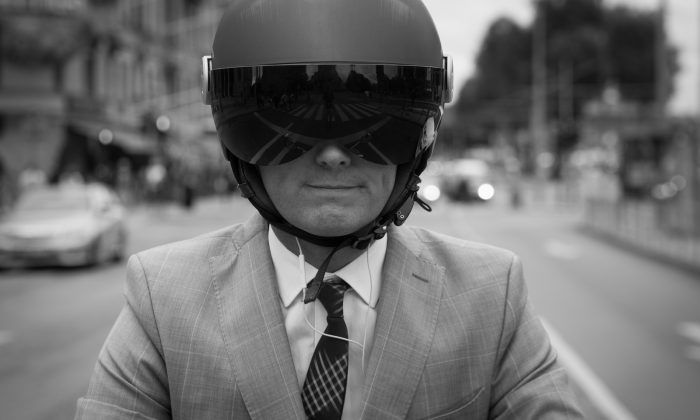 Do you ever see those men that wear exceptionally expensive suits but there is something off about them? They seem like they are uncomfortable, misplaced, even lost. In other words the suit is wearing them, and not vice versa. Sometimes you see some guy with an off-the-rack 160 dollar glazy-grey suit but he wears it with pristine confidence. Why is that?

Now the difference between the two types of men is that one of them could be wearing a white t-shirt with an old cardigan on top, and still strut around like he is wearing a suit. He, in fact, has a “mental suit” on all of the time, all day and all night. When the time comes for him to actually suit up, he simply as the saying goes “kills it”.

Whether it is an actual suit or a “mental suit”, the problem always comes down to the man who conveys the most respect, which in turn leads to more respect. Will I, or anyone, trust you more because you have a suit? Definitely not. But I do trust that you respect yourself enough, and that if you wear it with pride, it will increase my trust in the fact that you believe in yourself, which is the cornerstone of any relationship, from friendship to business. Confidence is one of the true values that fosters in real human bonding.

There are men who wear mental suits all around us. We can see it in their demeanor, in the way they act, in the values that they hold. Some may never actually suit up, but that doesn’t matter. The issue is one of values, not just superficial ideals. When one asks why do you always wear a suit(mental of not), the answer should be “Because I want to, and respect myself enough to do it”.

Let’s face it, we all  want to wear Brooks Brothers suits, but that will not be enough to complete who you are. If you do not have the mentality of already wearing a “Brooks Brothers” suit, then you are going to end up looking awful.  Always suit up, mentally at least if not physically.