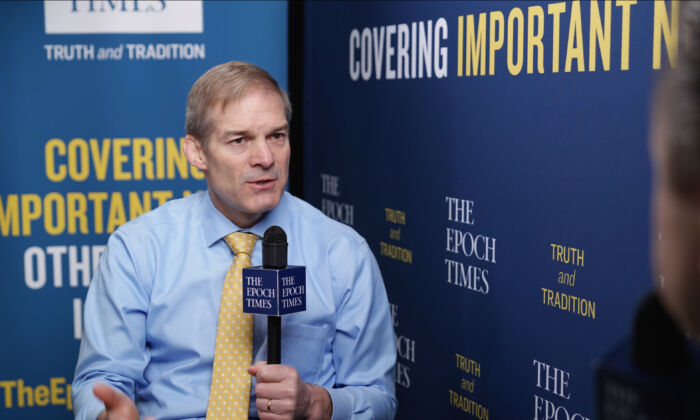 Dorothy Li
Dorothy Li is a reporter for The Epoch Times based in Europe.
View profile
Follow
and Eva Fu

Republicans are not convinced by an explanation offered by Facebook as to why a post criticizing President Joe Biden’s cancelation of student loan debt was taken down by the platform.

“WOW: @facebook says our post about paying back loans violates their “community standards.” Big Tech’s at it again,” the committee said in the post, with screenshots attached.

In the original Facebook post, the Republican committee wrote, “If you take out a loan, you pay it back. Period.”

Big Tech’s at it again. pic.twitter.com/Oo5lESfxwU

The post was flagged as violating the social media platform’s “community standards” and was blocked from public view, according to one screenshot. It has since been restored after House Republicans voiced protest.

Facebook told the committee that it was a ‘technical error,’ an aide for the office of Rep. Jim Jordan (R-Ohio), the top Republican on the House Judiciary Committee, told The Epoch Times.

But the lawmaker was not convinced by the explanation.

“It’s always a ‘glitch’ when it comes to Republicans and Big Tech,” Rep. Jim Jordan (R-Ohio), top Republican on the House Judiciary Committee, told The Epoch Times. “No one’s buying it.”

Conservatives have long accused big tech corporations of using their powers to suppress viewpoints and news that these companies do not agree with, including COVID-19 information and stories about Hunter Biden’s laptop.

Asked by The Epoch Times, Facebook pointed to a statement from Andy Stone, Meta’s communication director, saying that “nothing” in the GOP committee post violated company policies.

“There is nothing about the content of this post that violates our policies, people should not have been prevented from sharing it and we’re working to fix it now,” the company’s spokesperson said.

The incident came a day after Biden announced he would forgive up to $10,000 in federal student loan debt for individual borrowers earning less than $125,000 per year, or $20,000 for Pell Grant recipients making the same.

Democratic supporters hailed the unprecedented debt relief action, with Sen. Elizabeth Warren (D-Mass.) describing it as one of the biggest acts of consumer debt relief in American history.

Republicans, however, criticized the action as being “unfair” and benefiting only wealthy elites.

“Biden’s student loan boondoggle is of dubious legality and an attempted bribe for more votes from his political base,” Bishop told The Epoch Times.

“Big Tech would never censor Dem committee accounts, and everyone knows it,” he said on Twitter.

“Censoring our committee’s tweet about accountability speaks volumes for the length that the radical Left is willing to go to brainwash Americans into agreement–an action not unlike those taken by the Chinese Communist Party,” he told The Epoch Times.