CEO Recommends Shen Yun to Everyone
0 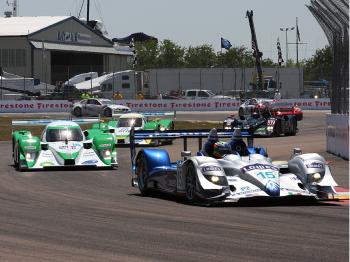 ALMS Moves Into the Future With Revolutionary TV/Web Media Plan

“We have confirmed a three-year relationship—to begin with—with truly the gold standard benchmark of sports television, that being ABC and ESPN,” ALMS CEO Scott Atherton told a Wednesday afternoon press conference. “We also have a very valuable element—the relationship with ESPN3.com.

“Everyone that I spoke to has referenced this as being the benchmark example that’s important today, it’s going to be absolutely critical tomorrow, and going forward.”

“When you think about ESPN and ABC, it is the goal of anyone in sports, regardless of what genre you reference, to be linked with ESPN and with ABC,” Atherton continued. “From the series’ perspective, we feel that we’ve achieved beyond even our highest expectations with this program that we’ve been able to put forth.”

“When we looked at this in the context of where the world is going, we needed a super-solid high profile television presence, which we have with ABC and with ESPN,” Intersport founder and CEO Charlie Besser told the press conference, “and we wanted to have a super-solid strong fast-emerging digital partner. We have that with ESPN3. We also wanted to have the international opportunity and obviously ESPN international is a robust platform that continues to grow.”

Intersport will also assist ALMS in production and editing. As NASCAR has proven, making the drivers into celebrities, drives casual fans to the races. Intersport plans to do the same for ALMS.

Scott Thor of Intersport explained, “Another part we’re excited to bring is some of our production expertise, to really tell some interesting stories, to bring the drivers to this larger audience so more people are going to engage with the great characters and great racing that ALMS represents.”

The American Le Mans Series takes pride in pushing the technological envelope. Its cars are among the most advanced on the planet; it was the first series to use alternative fuels. Now ALMS is the first racing series to address the changes in both media structure and fan expectation.