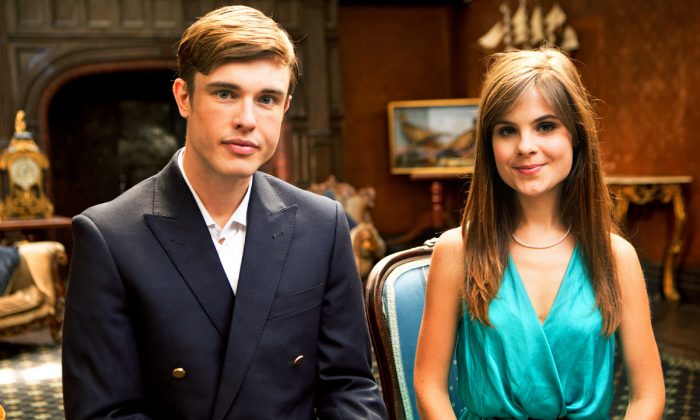 Almost Royal on BBC America will likely not be renewed because of incredibly poor ratings.

The ratings are so bad that they don’t even show up on many ratings stories, although Showbuzz Daily did report that the premiere was only watched by a total of 62,000 people (0.05 million overall; 0.03 million in the 18-49 age bracket).

And the other episodes may have done worse, because the premiere was right after the Orphan Black season 2 finale.

The Nielsen TV Ratings haven’t been including Almost Royal, seemingly because they’re so low.

Almost Royal is BBC America’s first original comedy-reality series, following two young British aristocrats on their first trip around the United States. They traveled to Los Angeles, Boston, and Detroit, among other places.

“Georgie (Ed Gamble) and Poppy Carlton (Amy Hoggart) are heirs to Caunty Manor, a large country estate in Norfolk, England, where they have enjoyed privileged lives as distant descendants of the British Royal Family,” the network said in the original description.

“They have agreed to have a camera crew follow them on an unofficial royal tour of the greatest country on earth – the United States of America. While also commemorating their late father, Lord Carlton, the road trip will provide the sheltered siblings with an opportunity to spread their wings and see the world. Georgie and Poppy have never worked a day in their lives, driven themselves anywhere or solved any problem more complex than telling their butler to tell their cook what they want for lunch.”

Season 1 had seven episodes, the last of which is airing on July 26.

The only hope for renewal seems to be that the network hasn’t officially announced a cancellation.