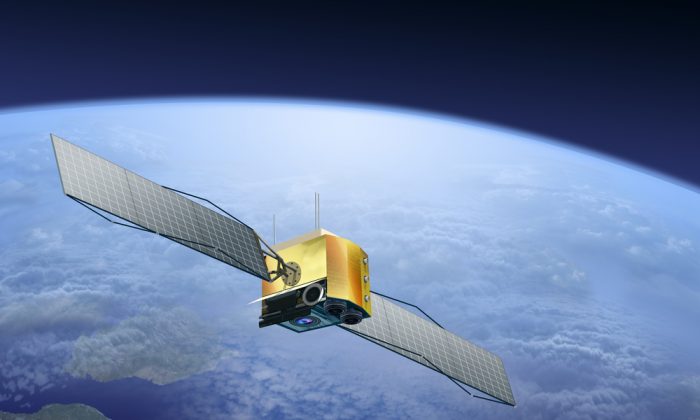 Not bigger than a loaf of bread. (File photo *Shutterstock)
Science

Almost Anyone Can Hitchhike Into Space With a Nanosatellite

Earlier this year, the Russian Federal Space Agency received a hand-luggage-sized delivery from the UK. It came with a request to launch the contents aboard a rocket, along with the Russian three-tonne meteorological satellite. The tiny British package will be launched into space today and it contains a nanosatellite, called UKube-1.

The CubeSat was devised by two US academics in 1999. Initially developed as a way for university students to experience all the elements of a space mission from design and development through to operations in space, CubeSats have quickly become a technology that allows anyone to gain low-cost access to space. More than 200 CubeSats, from more than 20 different nations, have been launched since. They have performed myriad missions including technology demonstration, atmospheric, biological and climatology research, earth observation and education.

The basic 10×10×10cm CubeSat is called a “one unit” or 1U CubeSat. The first CubeSat hosted simple-radio communication payloads providing capabilities similar to the 1960s Sputnik. But they are are scalable and over the past ten years the numbers of 2U (20x10x10cm) and 3U (30x10x10cm) Cubesats have been steadily increasing allowing for more complex missions to be devised.

Launching on the Cheap

The cost is kept low through the use of off-the-shelf technologies, which are typically used in making smartphones and aircrafts. The satellite is made up of electrical circuit boards surrounded by solar panels that provide power to the spacecraft when in orbit. This means a basic non-flight educational spacecraft will cost around £5,000.

The launch costs of CubeSats are minimised by launching them with much larger satellites. Often many CubeSats are launched from the same vehicle.

These tiny satellites are placed in a sealed, spring-loaded box, called a P-POD. Once the launcher has safely delivered its main satellite to its desired orbit, the P-POD door opens and the spring pushes the CubeSat out into space. Adhering to the CubeSat standard and using the P-POD helps make their launch significantly less risky for the main satellite. CubeSats can also be launched from the International Space Station (ISS) by the astronauts living there.

UKube-1 will launch from the Baikonur Cosmodrome in Kazakhstan onboard a Russian Soyuz rocket. Along with the Russian weather satellite, a small American imaging satellite and another UK technology demonstration satellite, TDS-1. About three hours after launch, UKube-1 will be released to begin its one-year mission.

Onboard the nanonsatellite are payloads from the Open University that will help study the effects of space radiation; from Airbus Space and Defence that will test whether space radiation can be used to encrypt communications signals; from the University of Bath that will be using GPS signals to study the upper layers of the atmosphere, and from AMSAT-UK, an amateur satellites organisation, that has a radio transponder, which can be accessed by schools and radio amateurs to learn about radio communications and space missions.

Ross Burgon receives funding from the Science and Technology Facilities Council (STFC). He is affiliated with the UK Cubesat Forum. This article was originally published on The Conversation. Read the original article.