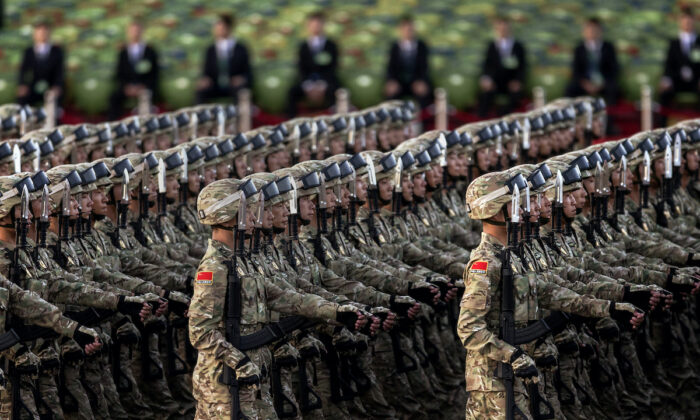 Nearly 90 percent of Australians do not trust China, a leading Australian think tank expert revealed in a foreign policy speech.

Michael Fullilove AM, the executive director of the Lowy Institute, spoke at the National Press Club on June 22 about the foreign policy and security challenges facing Australia’s new government.

Fullilove shared in his speech the results of a 2022 poll to be released next week by the Institute, which found that only one in ten Australians trust China.

“Only 12 percent of Australians trust China, which is dip of 40 points from four years ago when just over half of Australians, 52 percent, trusted China,” he said.

Fullilove attributed Australians’ loss of trust in China to the communist country’s change, that the federal government is dealing with a “different China.”

“Its foreign policies have hardened and its willingness to accept criticism has disappeared,” he said.

Beijing Seeks to Expand Influence in the Pacific

“Nearly half of Australians think it’s likely that China will be a military threat to Australia in the next 20 years, which is up seven points on last year,” Fullilove said.

The data revelations come after Australia has been on the receiving end of increasingly aggressive behaviour by China. On May 26, a Chinese military jet made a dangerous intercept of an Australian aircraft over international airspace. Australia’s prime minister Anthony Albanese denounced the incident as “an act of aggression and a dangerous act.”

At the same time, Chinese Foreign Minister Wang Yi embarked on a 10-day visit to eight South Pacific island nations in an attempt to establish security agreements, over a month after the Chinese Communist Party (CCP) signed a security pact with the Solomon Islands.

In response to the CCP’s recent actions in the Pacific, Fullilove said Australia needed to strengthen its alliance with the United States in the long term and take a firm stand against Beijing.

“The United States is the world’s leading power, the only country capable of projecting military power anywhere on Earth. Our lines with Washington are overwhelmingly in our national interest,” he said.

“Any argument that we should downgrade the alliance in order to please China is wrongheaded.”

On the other hand, Fullilove also argued for a “stable and productive” relationship with Beijing, saying that Australia should “certainly be on speaking terms with China.”

“The Australian government should be firm, circumspect, and disciplined,” he said.

“We should cooperate with China when we can, disagree when we must, and always stand our ground.”

An edited speech draft has been published on Lowy Institute’s website.