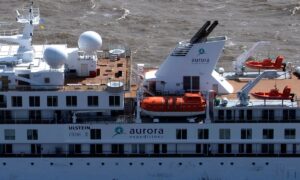 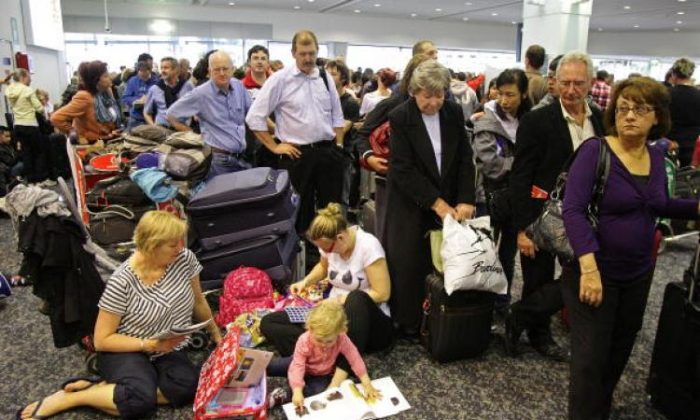 Passengers wait in line to check-in for their Virgin Blue flights at Melbourne Airport on Sept. 27, in Melbourne. (Scott Barbour/Getty Images)
Australia

The list of Australians stranded overseas has continued to grow, with 39,000 people now keen to return as coronavirus bites across swathes of the globe.

There were 26,200 people on the list in mid-September when Morrison committed to returning as many as possible by Christmas.

Since that time, 43,800 have re-entered Australia but the backlog continues to grow, prompting Labor to accuse the government of abandoning stranded people.

Morrison said the opposition was engaging in an appalling misrepresentation of the situation.

“Our government will leave them to their grumpiness, we will get on with the job of getting Australians home,” he told parliament.

Deputy Labor leader Richard Marles questioned why the Morrison government was spending $15 million on an advertising campaign about economic recovery with so many people overseas.

“How many stranded Australians will be overseas on Christmas Day because of his refusal to act on the recommendations of the Halton review and establish national quarantine facilities?” he said.

Morrison said the government had facilitated 13 commercial flights since late October and provided millions of dollars in support to stranded people.

Victoria and South Australia have restarted hotel quarantine for the arrivals after pausing their programs to deal with localised coronavirus outbreaks.

This will increase the cap on stranded Australians returning home from overseas to 6700 people a week.

Neither state has been deterred by the case of a German-Australian mother and son skipping hotel quarantine in Sydney and flying straight onto Melbourne.

But Trade and Tourism Minister Simon Birmingham is disappointed by the weekend breach.

“It is a reminder the relentless task of bringing thousands of returning Australians home each and every week, as we continue to do, working with the states and territories, is a real challenge,” he told the ABC on Monday.

“It is the greatest area of potential vulnerability in terms of COVID spreading into the community.”

NSW police have taken the blame for the mistake.

Tasmania has joined the national quarantine effort as a repatriation flight from India landed in Hobart.

More than 120 passengers, including about 30 children, have now entered mandatory quarantine for a fortnight.

It’s the first of three flights scheduled to deliver Australians returning from overseas to the island state to serve their quarantine.

Meanwhile, Western Australia will reopen its borders to residents of NSW and Victoria from Tuesday.