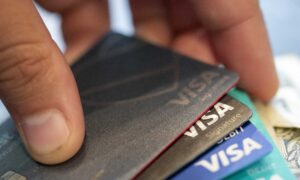 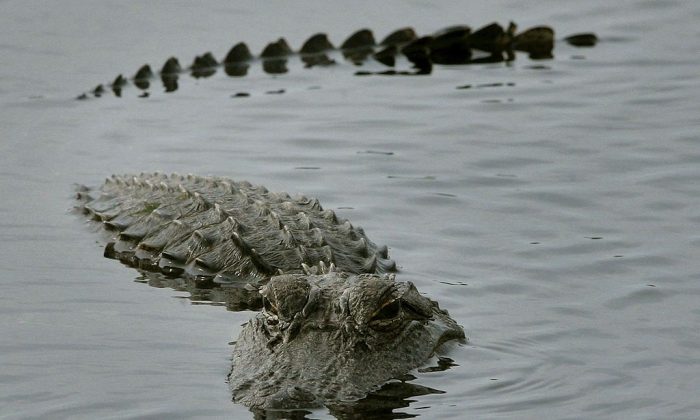 An alligator surfaces in a pond. (Photo by Mark Wilson/Getty Images)
US

An adventure park and sanctuary, Gator Country, is struggling to contain its hundreds of alligators and other reptiles amid Hurricane Harvey’s damage. The flooding has caused the water to almost rise above the high fences in Gator Country, worrying the owner that the reptiles could escape. The owner has captured the two biggest alligators, but worries about the others swimming around on the flooded property, as Huffington Post reported.

Gary Saurage, one of the owners, has even sent out a Facebook post asking for help in catching the animals. Saurage said in a video that all of the dangerous and exotic animals that he obtained from outside of Texas have been moved to safety. The alligators that are native to Texas still need rounding up on the flooded property.

Videos on Saurage’s Facebook page show him and others hunting down alligators in the shallow parts of the floodwaters on the property. Saurage has spent 12 years collecting the animals since he opened Gator Country. He is worried that the water is not clearing out, preventing him from safely securing all of them.

“I have never seen it stay anything near this before. The staying power of this storm is just unbelievable,” said Saurage to KFDM.

Saurage’s prized possessions are two huge record-breaking alligators. They were the first of his local animals that he decided to catch and put in trailers. Big Al is an 84-year-old 13-foot 4-inch alligator that used to hold the title of largest live-caught nuisance alligator. In 2016 that title was taken by Big Tex, who also stays at Gator Country and measures 13-feet 8.5-inches. In his Facebook post he appears to refer to Big Tex as Big Red.

Besides acting as a public sanctuary for reptiles, Gator Country also hosts educational field trips, a traveling show, community service opportunities, a party space, and swamp tours. Participants can interact with animals captured from ponds, swimming pools, and backyards, or those left stranded when storms or extreme weather hits.

The property held over 450 animals before Hurricane Harvey. Saurage has been on constant patrol to make sure the animals do not escape as the water rises close to the top of the fences surrounding his property. “But look, when it won’t quit, it won’t quit. We’ve worked around the clock and I don’t know what else to do. We’re truly tired, everybody’s at the end of it. We don’t know what to do,” said Saurage.