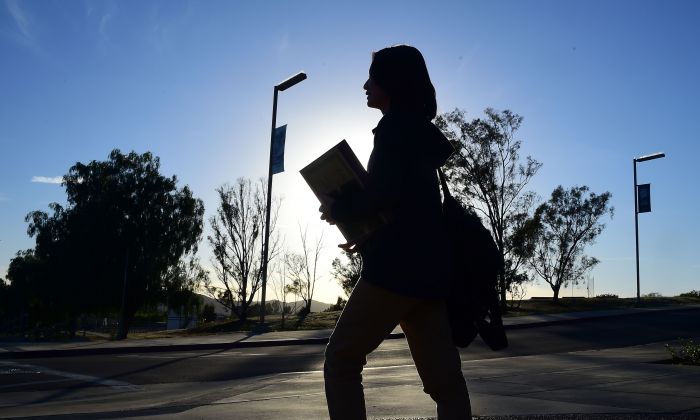 A new alliance of parents and religious groups is hoping to influence the Californian state legislature to address their concerns regarding the state’s public school sex education guidelines with a statewide protest.

“On Thursday, September 19, parents will not be sending their children to school,” a press release by the Alliance to Protect Children reads. Instead, they “will join other parents and citizens all over California in strong protest to the sexualization and indoctrination of their children.”

The new group, comprised of parents, religious leaders, and other supporters, are specifically targeting AB-329, which mandated sex education for students from grades seven to 12, accusing legislators of exposing their children to sexually explicit content and failing to offer parents a chance to completely opt out.

In a press release, the Alliance’s spokesperson, America Figueroa, urged parents to gather outside their legislators’ offices for a “parental revolution” and a statewide “SeXXX Ed Sit Out and Rally.”

“Thousands of parents from around the state plan to deliver a strong message of outrage to those legislators who voted in favor of AB-329, and to those who have failed to support them in protecting their children and restoring their parental rights,” the release reads.

AB-329 caused a great deal of uproar while still being reviewed by the California legislature in 2015. At the time, groups both in favor and against the bill made their voices heard, with critical groups being heavily involved in the effort to block the bill. However, despite the strong opposition, the bill passed.

As school boards began to implement the new guidelines, parents complained that school officials were under pressure to ignore their concerns. In Orange County, a historically conservative district, an activist claimed the parents’ opposition was part of the county’s “culture of queerphobia and transphobia,” reported OC Weekly.

Despite their claims, parents across the state continue to worry about unaddressed concerns, especially as parents such as Pastor Gheorge Rosca see their districts failing to be open about the implementation of the curricula.

“It wasn’t until we stormed the board room with hundreds of parents that the District decided to create a Sex Ed Review Committee and allow parents to be active participants in the committee,” Rosca told The Epoch Times in August.

To the Alliance, AB-329 “and everything deriving from it” make their children vulnerable “to a political agenda advanced by big pharma, the abortion industry, state and national teachers’ unions, radical transgender activists, and [they] state that those forces have united to take advantage of a captive and impressionable market of subjects at the expense of their mental, physical, and spiritual health.”

In an interview with The Epoch Times, Figueroa, the group’s spokeswoman, said that focusing on the impact state and national teachers unions have had on California’s education policies is essential in this effort.

“They use millions of dollars to support far left political ideologies,” she said. That’s why “protesting at the offices of legislators is key, because these are the people truly responsible for enacting such evil laws like AB-329 and SB-48, which harm the health and innocence of our children.”

The same legislators who take unions’ money “should be ashamed of their vote,” she added. “We demand they step down from public office.”

But not all California legislators are supporting the sex education programs that many parents call “indoctrination.”

According to Figueroa, state senators like Mike Morrell (R), the author of SB-673, which would extend “some protections for younger children and would ensure transparency for the parents,” supports the Alliance. Furthermore, she said, Sen. Jeff Stone (R), sponsored the group of parents and protesters during their last Sacramento rally.

“He also sponsored a bus for parents from Imperial and Riverside County to travel to Sacramento,” she said.

Others such as Republican Senators Pat Bates and Shannon Grove have also shown support. But despite the short list of legislators backing their efforts, Figueroa said, the group will not rest until everyone who’s pushing gender ideology is exposed.

“[W]e have been exposing them and will continue to do so,” she told The Epoch Times.

“We highly rely on the concerns other parents share with us and once we know of an issue in a specific school or district, we work hard to activate the parents in that location and some of us even travel to their cities to guide and support them at their school board meetings,” she said.

According to Figueroa, the group has also suffered a great deal of backlash from certain legislators.

“My assemblyman, Eduardo Garcia (D), bullied me and his employees have harassed us, the parents throughout his 56th district,” Figueroa told The Epoch Times.

“He’s not the only legislator aiming at their constituents. We have plenty other examples like Assemblywoman Lorena Gonzalez (D) from San Diego, and [Assemblyman] Tom Daly (D) in Orange County.”