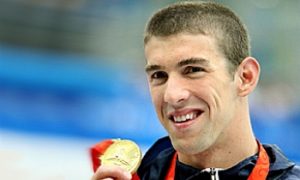 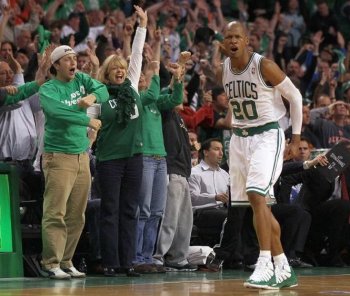 By Dave Martin
Print
The New York Knicks, who haven't won a playoff game in just under 10 years, will have to wait a little longer.

Ray Allen's 3-pointer with about 12 seconds remaining in Game 1 gave Boston one of their rare second-half leads and, after Carmelo Anthony's 28-foot jumper at the buzzer fell short, the Celtics avoided the upset bug with an 87–85 win in Boston.

Allen, the NBA's most prolific 3-point shooter of all-time, finished with 24 points, including 10 in the fourth quarter.

The Celtics, still playing without Shaq (calf injury) received a boost from Jermaine O'Neal. The 6'11" veteran hit all six of his field goal attempts and was a force in the paint with four blocks, including two against Carmelo Anthony.

Anthony came away with mixed reviews in his playoff debut as a member of the Knicks. Just 88 seconds into the game, the man the Knicks traded away half their roster for picked up two quick fouls and had to be benched for the remaining 10-plus minutes of the opening quarter.

The Knicks hung tough without him, though trailing 24–23 heading into the second quarter, as neither team took charge in the opening portion.

Anthony, though, quickly made up for his absence with 12 points in the second quarter, most coming off long jumpers as the Knicks seized the lead behind their two superstars and led 51–39 heading into the break.

Anthony though would muster just three second half points and finish with 15 points on 5-for-18 shooting as the Celtics turned on their defense in the second half.

Boston, which led the NBA in defensive points per game in the regular season (91.1) allowed just 13 Knick points in the third quarter as Melo struggled to the tune of 1-for-9 from the floor.

After Boston had retaken the lead at 66–64 with just over nine minutes remaining (their first lead since early in the 2nd quarter) the hot-shooting Stoudemire scored 12 points over the next six minutes to put the Knicks up 82–78 with just under three minutes left.

After a Toney Douglas 3-pointer put the Knicks up 85–82 with 75 seconds remaining it looked like New York would pull the upset. But Rajon Rondo would find Kevin Garnett for an alley-oop dunk on a picture perfect out of bounds play to pull the Celtics within one point. The Knicks would fail to answer, and then the Celtics found Allen open for the game-winning shot.

Stoudemire would finish with team highs of 28 points and 11 rebounds off of a sizzling 12-for-18 shooting night in 39 minutes, as he earned every bit of his 100 million contract.

Defensively, the Knicks plan to leave Rondo open wasn't too successful. The pass-first guard was able to drive around defenders and create open opportunities for teammates. Rondo fell just short of a triple-double with 10 points, 9 assists, and 9 rebounds. Garnett finished with 15 points and 13 rebounds while Paul Pierce added 18 points.

Knicks guard Chauncey Billups left the game with under a minute remaining with a leg injury and didn't return. His status for Tuesday night's Game 2 is unknown as the Knicks aim for their first playoff win since beating a Vince Carter-led Toronto squad some 10 years ago.