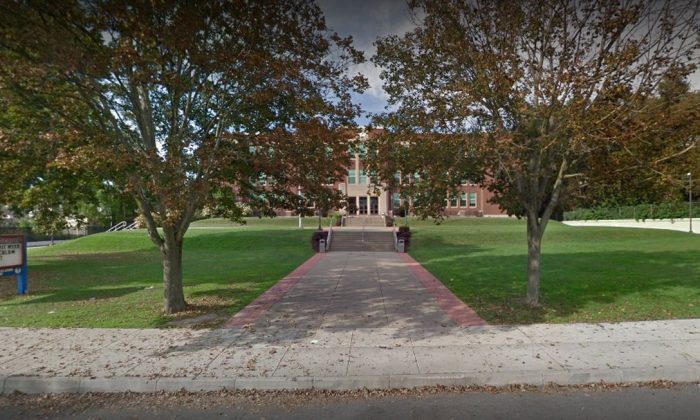 State police in New York are investigating accusations that four girls, who are all 12 years old, were strip-searched at a middle school in Binghampton.

The parents of four East Middle School students claimed the girls were ordered to remove their clothes in front of a school nurse and the assistant principal in January, reported the Binghamton Press & Sun-Bulletin.

The students’ parents said they weren’t told by the school about the purported incident.

Gov. Andrew Cuomo this week called on the state Education Department and the New York State Police to investigate the incident.

Under the direction of Gov. Andrew Cuomo, the New York State Police have launched an investigation into the alleged strip-searches of preteens at East Middle School in Binghamton.

One mother said her daughter was detained for more than one hour, saying the search happened without her consent or knowledge.

“Given the severity of the allegations and the unrest they are causing in the community, state police will thoroughly investigate this incident, in consultation with local authorities,” acting state police Superintendent Keith M. Corlett stated on Jan. 31.

The Binghamton school district said there was “no evidence” that the strip-search was carried out, but it said it hired a third-party firm specializing in school law and employment law to investigate the matter, the publication reported.

“The allegations that 12-year-old girls were strip-searched for drugs after being perceived as ‘hyper and giddy’ at a Binghamton middle school are deeply disturbing and raise serious concerns of racial and gender bias,” Cuomo said in a statement, NBC News reported.

The Binghamton City School District explained that the girls were evaluated.

“There has been a lot of misinformation being spread through social media from third parties,” the district said in a statement, Fox News reported.

In a statement last week, the school district said administrators are trained to  “recognize behavior that it is out of character” and will sometimes conduct medical evaluations for the students’ safety, reported the New York Times.

The school policy stipulates that students might have to remove “bulky outside clothing” so that nurses can check their blood pressure and pulse.

“This is not the same as a strip search,” the district insisted.

The president of a local NAACP chapter has now demanded that the school board remove the principal, nurse, and assistant principal, according to Fox.

“This is outrageous that these girls got strip-searched and nobody got suspended,” Broome-Tioga NAACP President Micah Barreiro said in a statement before the district denied there were any strip-searches. “School rules say parents have to be informed before anything like this happens.”

Emily DeSantis, a spokeswoman for the Education Department, told the NewYork Times that state officials will work with the police department.

The parents of four 12-year-old black girls say their daughters were strip-searched at their New York middle school. The school district has denied it, and the governor has called for an investigation.

In a statement, the parents said their daughters were “told to remove their clothing to be searched for drugs and other illegal substances,”

After the incident, they missed several days of school, and “they no longer feel safe at East Middle.”

According to the Binghamton Press & Sun-Bulletin, “Here are the conditions under which the school says it would conduct a strip search: School officials have highly credible evidence that such a search would prevent danger. School officials have highly credible evidence the search would yield evidence. In an emergency situation, when school officials believe the safety of others is threatened, the student will be isolated and secured, and law enforcement ‘will be contacted immediately,’ along with the student’s parents.”

About 120 people stood outside in the snow at East Middle School in Binghamton, reinforcing their statements that four girls were strip-searched at the school.