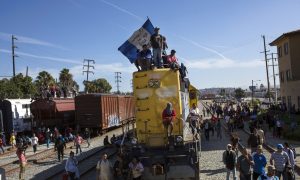 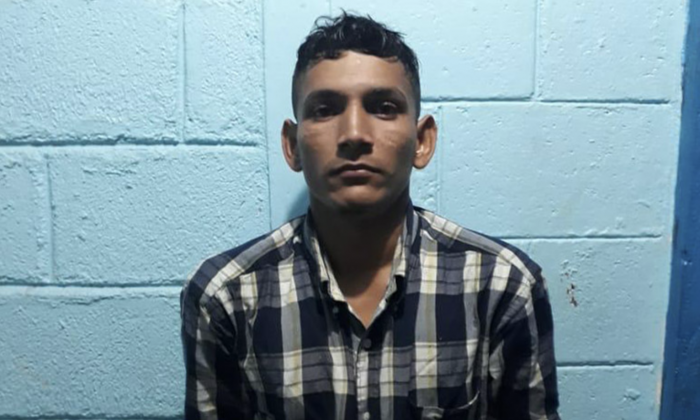 One of the reported organizers of the latest migrant caravan that left Honduras for the United States on Jan. 15, Juan Carlos Molina, was recently arrested for child rape.

Last week, the Honduran paper La Tribuna reported that police had arrested the 26-year-old at a bus station in San Pedro Sula, from where the first members of the caravan departed. Molina, who was a resident of Catacamas, Olancho, has been sent to Tamara “to comply with the sentence,” the paper reported. He is to serve 15 years in prison as a result of an arrest warrant pending since Aug. 31, 2015.

A statement from the Honduran National Police read (via Google Translate): “The suspect was carrying false documents and is being investigated for assuming responsibility as one of the active members coordinating the migrant caravan that exposes citizens to the dangers of such a journey.”

According to La Tribuna, the Honduran National Police said Molina had been in contact with a politician who supported the caravan and had asked him not to come to San Pedro Sula because there was a large police presence in the area.

Police had found that Molina was holding fake IDs. The sub-director of the Honduran Border Police Miguel Perez told La Tribuna that following further checks, which included taking Molina’s fingerprints, “it was determined that he had an arrest warrant [since August 2015] for the crime of rape.”

According to La Tribuna, Molina had allegedly raped his 12-year-old cousin in September 2010.

The paper reported that months later, the girl gave birth to a son “whose DNA is compatible with the aggressor.” Molina was found guilty on April 23, 2015 “for the crime of special violation against a minor.”

Caravan Expected to Swell to 4,000

The first group in the new migrant caravan left San Pedro Sula’s bus station late Jan. 14, taking buses headed to the Honduras-Guatemala border. Others trudged along on foot under a steady rain. More left the next day. They are attempting to reach the United States to claim asylum or illegally cross the border and disappear into the country.

The Honduras National Commission of Human Rights estimated that by the afternoon of Jan. 15, the caravan had swelled to about 2,000, Fox News reported.

The latest caravan was organized by the open-borders group Pueblos Sin Fronteras, which was believed by some to be behind the caravans that made it to northern Mexico in late 2018 before clashing with American Border Patrol agents. The group said that it expected the caravan to grow to 4,000 people.

Honduran media reported that the country’s authorities had reinforced the border with Guatemala to make sure everyone had proper documentation. Children must carry passports and written parental authorization to leave the country, and parents could face up to three years in prison if found to be taking a child without the right documents, Security Minister Julián Pacheco was quoted as saying.

Jenny Arguello, a migrant rights’ activist who was with the caravan, said police patrols were not blocking them but were checking IDs.

Trump: ‘Only a Wall Will Work’

Trump noted the formation of the newest caravan, reacting on Twitter.

A big new Caravan is heading up to our Southern Border from Honduras. Tell Nancy and Chuck that a drone flying around will not stop them. Only a Wall will work. Only a Wall, or Steel Barrier, will keep our Country safe! Stop playing political games and end the Shutdown!

“A big new Caravan is heading up to our Southern Border from Honduras. Tell Nancy [Pelosi] and Chuck [Schumer] that a drone flying around will not stop them. Only a Wall will work. Only a Wall, or Steel Barrier, will keep our Country safe! Stop playing political games and end the Shutdown!” he said.

“Polls are now showing that people are beginning to understand the Humanitarian Crisis and Crime at the Border. Numbers are going up fast, over 50%. Democrats will soon be known as the Party of Crime. Ridiculous that they don’t want Border Security!” he added soon after.

Trump and the Democrats are in a standoff over funding for a security barrier or wall the U.S.’s southern border; the president refuses to sign appropriations that don’t include funding for the border wall. He has requested $5.7 billion. Democrats have refused to approve any such funding, leaving an impasse that has resulted in the longest partial government shutdown in history.

Department of Homeland Security (DHS) Secretary Kristjen Nielsen also announced that U.S. officials would be keeping a close eye on the caravan.

.@DHSgov is closely monitoring the new caravan heading north. To be clear – participation in a caravan does not grant you a special status or provide you special treatment.

“DHS is closely monitoring the new caravan heading north. To be clear—participation in a caravan does not grant you a special status or provide you special treatment,” she said.

Activist Bartolo Fuentes, an open socialist who took credit for the last caravans, was accompanying the new one. He claimed that violence in Honduras, El Salvador, and Guatemala prompted people to leave for the United States.

The last caravans, four in total, left weeks apart in some cases but coalesced in the Mexican border city of Tijuana, with about 6,000 people there at its peak. The waves of migrants devastated the city’s budget, angered some locals, and ultimately forced officials to move the group away from the border to a more remote location.

In the end, many of the members turned home after finding it more difficult than they realized to make it into the United States. Most caravan members described situations in interviews with news outlets that would not qualify for asylum, such as leaving their countries due to poverty. Most asylum claims in the United States aren’t granted by the end of the process.