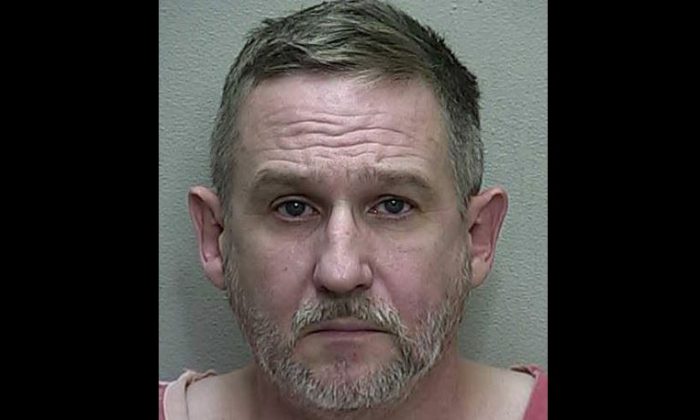 Alleged Killer Messages Detective Instead of Wife About Girlfriend’s Murder

A man was arrested on suspicion of murdering his girlfriend after he apparently texted a detective that he feared he would be arrested.

Roming called police on Jan. 30 and reported a home invasion and the death of his girlfriend.

Roming told detectives that an armed suspect entered the home in Dunnellon, Florida, and Roming entered into a struggle with the suspect.

During the struggle, Roming said that his girlfriend was shot.

“Several hours after this alleged home invasion had occurred, he texted the lead detective and said, ‘I think they are going to arrest me,’” Marion County Sheriff’s Office spokeswoman Lauren Lettelier told WUFT. “Apparently that text was meant for his wife.”

Roming had also texted his wife correctly, saying, “I’m afraid I did something I don’t remember, If I did this I will kill myself.’”

According to the Marion County Sheriff’s Office, detectives already had doubts about the story.

“Evidence proved that David’s initial testimony was false and that he had staged the scene to support the presence of an intruder after he had shot Kaufmann-Ruff during an ‘out-of-body’ experience,” the office said in a statement.

Roming told detectives in an interview two weeks after the incident, following DNA tests on evidence, that he had an “out-of-body” experience and that he had been hearing voices.

Roming said he felt like he was wrestling himself and the gun went off, killing his girlfriend. He then admitted that he staged the scene to make it look like a home invasion.

Detectives believe the motive was financial as Roming was listed as the sole beneficiary of his girlfriend’s will, excluding her only child.

Roming was charged with second-degree murder, tampering with evidence by staging the crime scene, and false reporting of a crime.