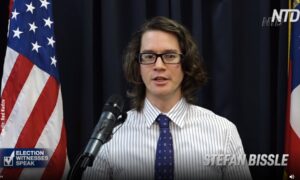 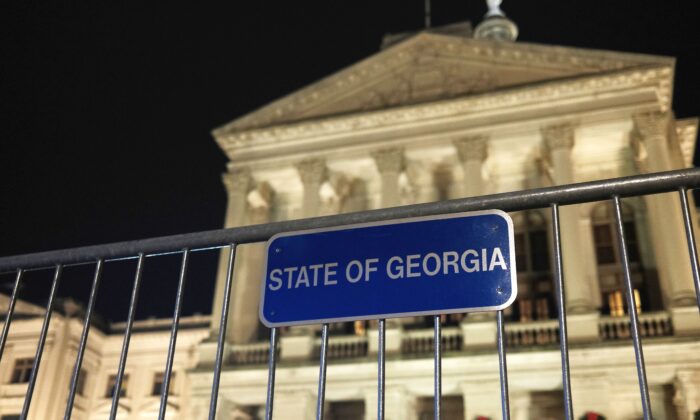 Georgia state Sen. William Ligon, a Republican, said Wednesday that the report he released Dec. 19 shows there was an alleged effort to cause disruption to the 2020 election, including fraud.

“[The report] obviously, focused in some counties around Atlanta in some of the large metro areas. But just when you read it as a whole, it looks like it was just a concentrated effort to disrupt the election and cause irregularities and fraud,” Ligon told NTD News reporter Paul Greaney.

Ligon released a summary of the report on his official District website, calling on the governor and secretary of state again to address the issues.

Ligon said that the testimony of Susan Voyles, a witness who had been a poll worker for 20 years, confirmed the disruption and chaos in the election. He said she was fired because of her testimony.

“She said she had never seen anything like this,” Ligon said.

Ligon said the secretary of state “responded to the video of the people sending the observers and the press away, and then pulling out boxes and counting.” He said the secretary and his team downplayed that by saying there was no irregularity there.

“I find that disingenuous because, under the law, the press, and the parties have the right to have observers, there. They are the eyes of the public. And if they had a representative there that saw them go and send them away. He should have stopped the counting right then and not allowed it to resume until the press and the observers were notified to come back and be able to observe what was going on,” Ligon said.

In the summary, legislators wrote that the general election “was chaotic and any reported results must be viewed as untrustworthy.”

A spokesman for Georgia Secretary of State Brad Raffensperger told The Epoch Times in an email statement: “The report makes rash conclusions based on a one-sided presentation of conspiracy theories, poorly assembled data, and conjecture. Of the many courts that have reviewed this same jumble of misinformation, none have found one shred of it to be credible. It is disappointing that the members of the study committee let their political allegiance cloud their judgment when dispassionate analysis by the courts have determined the allegations to be nonsense.”

Ligon said that they tried a few weeks ago to get enough legislators signed up to call back the legislature for a special session but didn’t succeed. Now, again there are some grassroots efforts to convince the legislators to sign on.

Zachary Stieber and NTD’s Paul Greaney contributed to this report