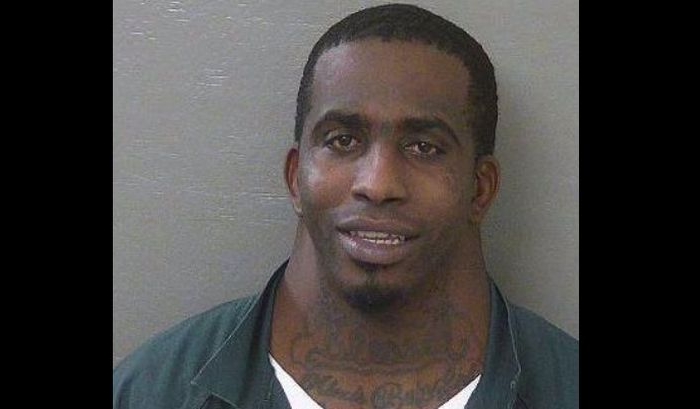 Alleged Drug Dealer’s Mug Shot Goes Viral, but He May Suffer From a Rare Medical Condition

An alleged drug dealer’s mugshot went viral last week due to the size of his neck, prompting a number of jokes.

“A big thank you to Bob Tyler Toyota for his continued partnership with Gulf Coast Crime Stoppers and the ECSO in expanding the reach of Wheel of Fugitives to WEAR ABC 3 News, Pensacola,” the sheriff’s office wrote.

It’s not the first time McDowell has been arrested, as there are other mug shots of him available on the Internet.

But his most recent arrest went viral and spawned a number of jokes.

“They gonna put him in jail and throat away the key,” wrote one person.

Added another: “You people should be ashamed of yourselves, all this neckativity isn’t right at all.”

Said another, “Dude up to his neck in charges.”

Added one: “So I guess they take crime seriously in his neck of the woods.”

“I wonder if he gets out, what he gone do necks,” said another person.

As Dr. Milton Wolf noted, McDowell’s neck might be due to a medical condition, accusing the media of “body shaming.”

He said it might be pterygium colli deformity, known as webbed neck, and is associated with Turner Syndrome and Noonan Syndrome. However, Turner Syndrome is a genetic disorder that only affects females.

“The prevalence of pterygium colli ‘webbed neck’ is 75 percent in patients with Turner syndrome. This congenital deformity manifests as a bilateral cervical skin fold stretching from the mastoid to the acromion. Although the visibility of this skin fold varies among patients, it frequently has negative social effects. The surgical management of this malformation remains challenging as it requires the achievement of a harmonious neck profile and natural hairline implantation,” according to the U.S. Library of Medicine’s website.