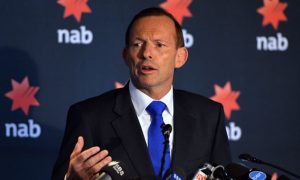 From Darfur to Cipayung: Refugees Are Left Stranded
0 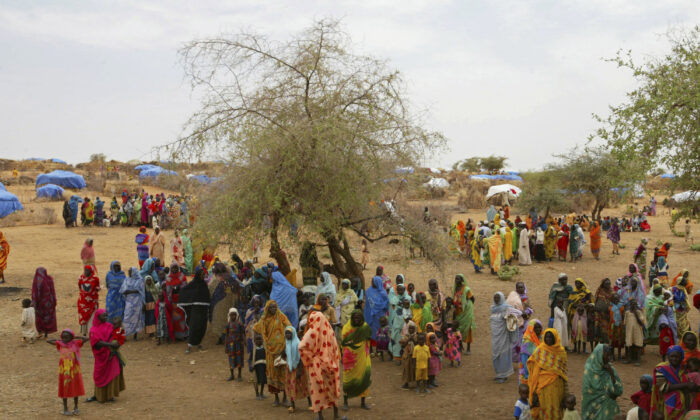 Sudanese displaced women gather at the Zam Zam refugee camp just outside the town of El-Fashir in the Darfour region of Sudan, during a visit by U.N. Secretary General Kofi Annan. (Karel Prinsloo, File/AP)
Africa

THE HAGUE, Netherlands—An alleged Sudanese militia leader charged with more than 50 crimes against humanity and war crimes in the Darfur conflict appeared June 15 before a judge at the International Criminal Court for the first time since his transfer to the court last week, and said the charges against him were “untrue.”

When the judge, Rosario Salvatore Aitala, asked Kushayb if he had been informed of the charges against him, he replied, speaking through an interpreter: “Yes, I was informed of that, but this is untrue.” He wasn’t required to enter pleas to the charges at the preliminary hearing.

Kushayb was flown to the court last week, more than 13 years after judges issued an international arrest warrant for him. He earlier surrendered to authorities in a remote corner of northern Central African Republic, near the country’s border with Sudan.

In the Darfur conflict, rebels from the territory’s ethnic central and sub-Saharan African community launched an insurgency in 2003, complaining of oppression by the Arab-dominated government in Khartoum.

The government responded with a scorched-earth assault of aerial bombings and unleashed militias known as the Janjaweed, who are accused of mass killings and rapes. Up to 300,000 people were killed and 2.7 million were driven from their homes. Prosecutors say Kushayb was a senior Janjaweed leader.

During the hearing, Kushayb’s lawyer, Cyril Laucci, told Aitala that Kushayb wanted the court to observe a minute of silence “in memory of all the victims of Darfur and more extensively in Sudan.”

Aitala declined the request, saying: “We all do this individually. At the ICC we do this very often.”

According to the ICC’s arrest warrant, Kushayb is accused of commanding thousands of Janjaweed militia in 2003–2004 and acting as a go-between for the militia and Sudanese government. The ICC says he “personally participated in some of the attacks against civilians” and allegedly “enlisted fighters, armed, funded and provided food and other supplies to the Janjaweed militia under his command.”

Among offenses listed on his arrest warrant are murder, rape, persecution, and pillage. He initially was charged with 50 offenses, but judges subsequently added two new murder charges linked to the alleged slaying of about 100 civilians in early March 2004 and a charge of inhumane acts committed around the same time. He faces a maximum sentence of life imprisonment if convicted.

A court official read out all the charges during the hearing that lasted just over an hour, and Aitala read Kushayb his rights.

Aitala said the next major step in the case, a hearing at which prosecutors attempt to persuade judges that they have enough evidence to merit sending the case to a trial, will be held on Dec. 7.

In Sudan, Gibreel Hassabu, a lawyer at the Khartoum-based Darfur Bar Association, said Kushayb’s arrest was a sign that justice will be delivered to the Darfur people. He added that the case could pressure the transitional government to quickly hand over to The Hague ousted President Omar al-Bashir and two other suspects wanted by the ICC who have been imprisoned in Khartoum.

“Kushayb’s trial is a starting point to bring justice to the victims. His arrest restored hope that the government could go forward and hand over other wanted, including al-Bashir, to The Hague,” he said.

The Khartoum-based bar association was established by a group of lawyers in 1995 to advocate for victims of violence.

The Darfur conflict took place under the three-decade autocratic rule of al-Bashir, who has been charged with genocide by the ICC for allegedly masterminding the campaign of attacks. Al-Bashir’s rule ended in April 2019 when the military ousted him after mass street protests by a pro-democracy movement that began in late 2018.

Sudan’s top prosecutor said Kushayb fled to Central African Republic after Sudanese authorities ordered him arrested in December 2019 as part of their own investigation into the Darfur conflict.

Taj al-Ser Ali al-Hebr told reporters in Khartoum that the fate of the other Sudanese suspects wanted by the ICC is a “complex” issue that could involve amending some Sudanese laws. He didn’t elaborate.

He said the transitional government has announced that the suspects would be tried before the ICC, but the trial venue is a matter for negotiation between the government and the court. ICC judges can decide to stage trials at locations other than the court’s headquarters in The Hague, although they have never done so.

“It’s not necessary (for the trial) to be in The Hague. This is a matter of the negotiations with the (ICC) public prospector if the decision is made to try them (before the court),” he said.