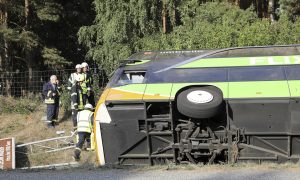 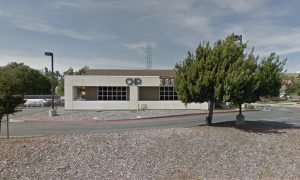 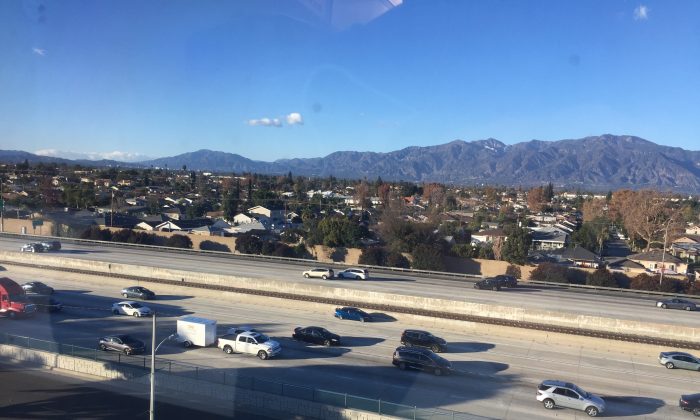 A 39-year-old man died on Dec. 24 after driving a stolen vehicle into several cars and being stopped by bystanders while he was trying to damage other vehicles on the freeway, according to the California Highway Patrol.

The incident happened on the San Bernardino Freeway, also known as Interstate 10, in Rosemead, California. The suspect, identified as Ramon J. Lopez Jr. of Huntington Beach, was seen driving a GMC Safari van erratically eastbound around 11:17 a.m. before striking a silver Scion xB and fleeing the scene, authorities said.

After two collisions, Lopez continued to drive eastbound until the vehicle broke down in the middle of the express lanes near San Gabriel Boulevard. Officer Bembi said Lopez then stepped out of the van and started walking on the highway with a small tire iron in his hand. The traffic, as a result, began to slow down.

Lopez first approached a black BMW stopped in the third lane and jumped on its hood. He then started striking the car’s windshield with the tire iron. Although the driver inside the car was not injured by the glass debris, officials said the BMW’s driver was hospitalized afterward as a precaution for treatment of shock.

After damaging the BMW, Lopez turned to a gray Toyota Corolla that slowed to a stop in the adjacent lane. He jumped off the BMW and struck a left side window of the Toyota Corolla, causing the glass to shatter, Bembi said. Fortunately, the driver was not injured and drove away.

A Ford Explorer then stopped in an express lane, and Lopez smashed his body into the side of the vehicle, leaving a dent in the left rear door, Bembi said.

“Mr. Lopez began cursing at the driver and passenger and grabbed the Ford Explorer’s door handles, possibly in an attempt to carjack it,” Bembi said.

Eastbound traffic had by then come to a standstill, and a group of civilians tackled Lopez and attempted to keep him restrained on the ground, Bembi said. They let go of Lopez when an ambulance arrived and “it appeared Mr. Lopez was unresponsive,” Bembi said.

The paramedics provided medical aid to Lopez as the San Gabriel Fire Department paramedics made their way to the scene, and the suspect was then taken to County-USC Medical Center where he was pronounced dead just before noon, Bembi said.

Bembi said Lopez had suffered from cardiac arrest. However, the cause of death is still under investigation leading by the Los Angeles County Department of Medical Examiner-Coroner, KTLA reported.