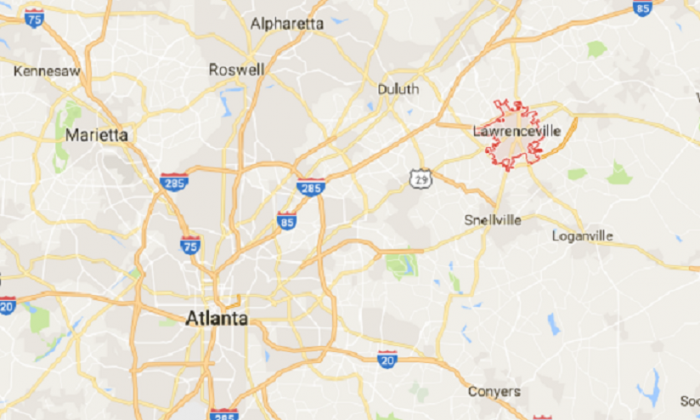 A Georgia man sits in jail after he failed to resist the allure of appearing on TV.

Shortly after he allegedly robbed a Chase Bank in Lawrenceville on Tuesday, Nov. 7, he was approached by a CBS46 reporter Ashley Thompson at a local shopping center.

She wanted to ask about the local traffic situation and Rivers was willing to oblige, taking off his hat and a du-rag before the interview.

“Gwinnett County doesn’t really have its own transportation,” he said according to CBS46. “So MARTA coming out here will really help out a lot.”

Around that time, the police were interviewing a manager of a BB&T Bank, who told them the robber was seen exiting a Fifth Third Bank in Lawrenceville and walking towards a CBS46 news truck.

Police then called the reporter and asked whom she interviewed. Since Rivers gave her his real name, police were able to track him down and arrest him that day.

“I think you caught him off guard. I think you surprised him,” Det. Scott Pendergrass of Lawrenceville Police Department told Thompson.

Police said Rivers hit up five banks and managed to rob two by handing the tellers a note with demands and a claim he’s armed.

“He kind of has a skit that he plays,” said Pendergrass. “He goes into them and spends an extended amount of time in the banks.”

Rivers was busy that day, according to police. Right after he allegedly robbed the Chase Bank and was interviewed, he went into a nearby Fidelity Bank.

“As a reporter, I speak with all types of people from all over, but I never thought an alleged bank robber would let me interview him in between his hits,” Thompson said.

Rivers was charged with two counts of robbery, according to Gwinnett County Jail online records. Police said he acted alone.

Last year, 4,251 banks were robbed or burglarized, a 4-percent increase since the year before, according to the FBI.

“You see, in today’s society it is actually very very difficult to be a successful bank robber,” Lawrenceville Police Department wrote on Facebook. “It is with almost certainty that you will be caught. It may take us little while to find you, but we will find you and you will go to prison. Please take our advice and stay away from the bank robbery business.”

We work hard to deliver the most important and interesting news of the day for you, but would like to ask a little favor in return: Would you mind sharing this story with your friends? You can just click the share button below. Thank you!