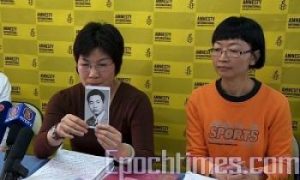 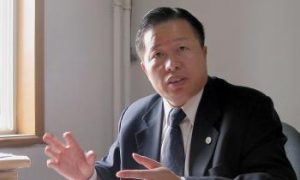 By Ilya Rzhevskiy
Print
MUNICH—Lead by a surging automotive industry, business confidence in Germany has hit an all-time high in January, as the European Union’s biggest economy boosted its exports and increased consumer household consumption.

According to Ifo Institute—Germany’s biggest business research institution—the country’s business climate index, which measures confidence of the business sector, has increased from 109.8 in December 2010 to 110.3 in January. This is the highest business climate mark since the reunification of Germany in May 1990.

“The German economy has started the year with great vigor,” said Ifo President Hans-Werner Sinn in a statement. “Especially in exports, the survey participants see much greater opportunities.”

“The manufacturing firms report an improved business situation and once again have given more favorable appraisals of their business outlook. … The firms have further increased the utilization of their machines and equipment, and now capacity utilization in manufacturing is above average. They also plan to increase the number of their staff,” stated the official Ifo report.

A big factor in improved business confidence is due to Germany’s auto industry experiencing a phenomenal 2010. Automotive giants BMW, Daimler AG, and Volkswagen all had excellent years with record demand, exporting worldwide, especially to Asia and North America. They are also planning to expand their production to Hungary, the United States, China, India, and South Africa in 2011.

“The top three [BMW, Daimler AG, VW] are poised for further growth,” said Juergen Pieper, a Frankfurt-based analyst with Bankhaus Metzler who also recommends buying VW, Daimler AG, and BMW shares. “The momentum in luxury markets will continue this year and also in 2012. It’s a necessity for manufacturers to take steps to address this,” he added.

German unemployment was dubbed a “jobs miracle” after it fell to 7.0 percent in the midst of an expanding economy and high business confidence. That unemployment rate is one of the lowest in the EU. German GDP grew 3.6 percent in 2010 and analysts predict that it will grow another 2.3 percent in 2011.

“Germany is benefiting considerably from the strong recovery of the global economy, especially in Asian emerging markets,” said Bundesbank President Axel Weber in a statement. “Foreign demand is once again providing stronger impulses.”

“The message couldn’t be any better. If the economy keeps going like this, we can all raise our forecasts,” said Andreas Scheuerle, an economist at Dekabank in Frankfurt.

After announcing the all-time record high business climate in January, the euro currency has seen a strong surge, reaching 1.362 points against the dollar, marking a two-month high since Nov. 23, 2010.

"German investment upturn should finally materialize," said ING senior economist Carsten Brzeski. “The conditions to initiate a virtuous circle have hardly been better in the last 15 years," he said.